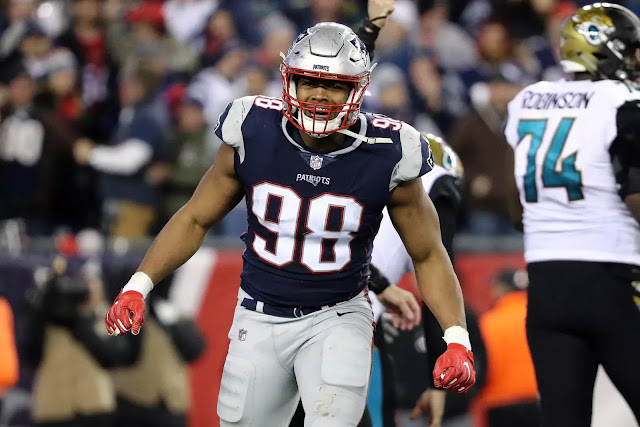 With the loss of Matt Patricia, the Patriots defensive coordinator, all eyes are on the Patriot's defense this year. The Pats ranked 29th in total defense last year, they allowed 283.3 passing yards per game and 110 rushing yards per game. One of the main areas of focus for the upcoming season is the defensive line.

The Patriots failed to get a single sack in Super Bowl LII which is one of the main reasons that they lost. You can’t expect your secondary to be on the top of their game when they have to hold their coverages longer than usual because the d-line can’t create any type of disruption to the quarterback. The running defense was the second worse in the NFL and slacked in the Super Bowl as well. The Patriots allowed 164 rushing yards on 27 attempts, equalling 6.1 yards per carry.

After both the first and second team squads made goal-line stops at Sunday's practice, the Patriots are hopeful for a firm defense the 2018 season. A new addition to the defense, a 343 pound nose tackle, who was in the center of the two goal-line stops said, "It's definitely something that's rewarding," Shelton said of the goal-line stops. "Everybody is grinding through practice and camp, and you get to last period and it's a hard-hat, lunchpail kind of period."

Theres no telling how the Pats defense will hold up this year based on a few training camp practices but with what we have seen recently it is certainly exciting.