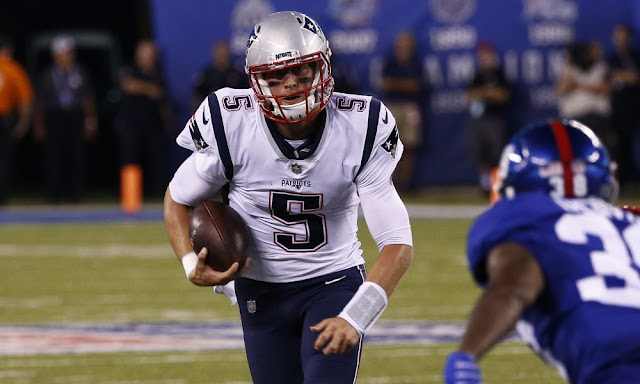 Etling totaled 113 yards rushing and one touchdown, along with 157 yards passing, one touchdown and two interceptions.

Head coach, Bill Belichick, had praise for Etlings effort in his post game interview. "Well that was one of the most exciting plays I've seen in preseason, I must say," Belichick said. "Great call by Chad [O'Shea] and Danny [Etling] is a little faster than we thought he was. But, I was very proud of our team tonight. Our guys played hard."

Belichick also joked around about his starting quarterback, Tom Brady, not having that kind of speed. "When is the last time a quarterback ran for 85 yards on the Patriots? It's like at least 20 years I know that."

Worst comes to worst for Etling he can transfer over to receiver like Julian Edelman did, since he plays for the Patriots it doesn't seem like the most outlandish thought.