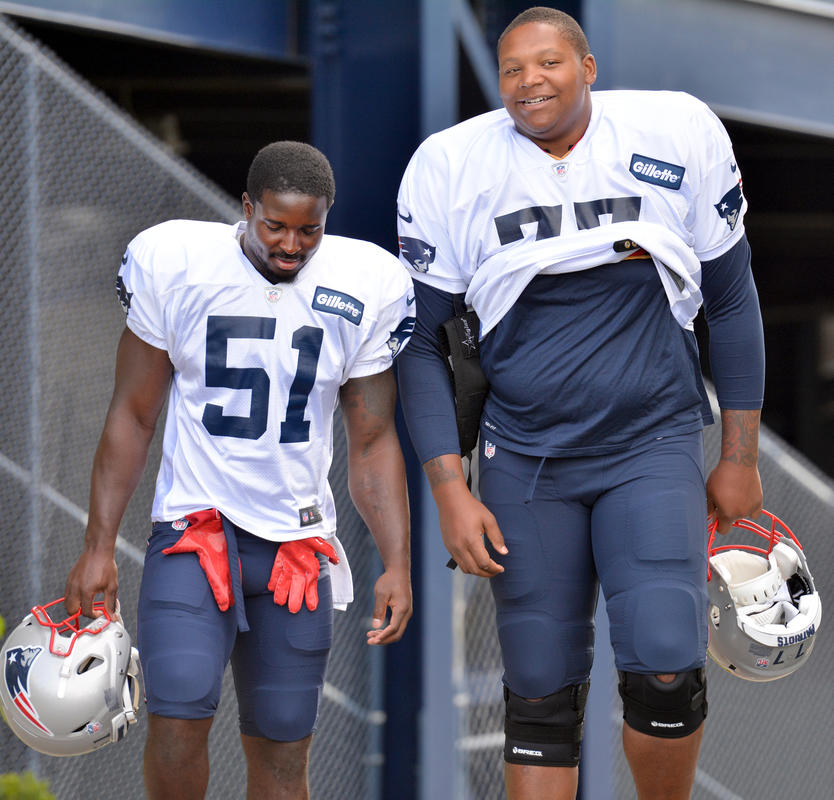 If I told you “don’t worry, we should be ok” right after Nate Solder signed with the Giants, you would call me crazy. However, the latest news from training camp suggests just that. 2015 seventh round pick Trent Brown and a 5th round pick were traded from the 49ers to the Patriots in exchange for a 3rd round draft choice during the 2018 NFL Draft.

The trade really flew under the radar, considering the fact that the Patriots made a franchise high eight trades in the draft. At first, I never really paid any mind to the trade until I saw this picture of Brown walking with 5’11” rookie Sony Michel. I mean, just look at this absolute unit of a lineman.

Brown is currently listed at 6-foot-8 and carries 355 pounds of straight force. I have personally seen Brown at training camp and he literally towers over the likes of Tom Brady and Rob Gronkowski.

What seems to be a classic Patriots trade of low-risk with a high payoff, Brown could really play a significant role in trying to replace Nate Solder. Protecting the blind side of the quarterback is easily one of the most important roles on the field, and it looks like Brown could be ready to fill the hole left by Solder.

Patriots analyst Greg Bedard has repeatedly said Brown has been "awesome" and looks like a "franchise left tackle."

If New England could somehow make a fairly seamless transition with the left tackle position, it would just be another chapter in the book of genius that is Bill Belichick.