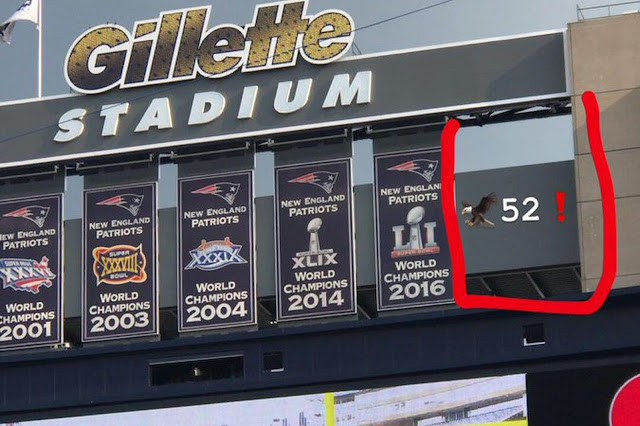 The Eagles won their first franchise Super Bowl this year but Im sure you know that because they haven't stopped talking about it since. Starting left guard Stefen Wisniewski posted this on twitter yesterday:

This is the same franchise that decided to fly a plane over Gillette Stadium displaying the score of Super Bowl LII before a PRESEASON GAME. Preseason games are as forgetful as every season that the Eagles have had leading up to their Super Bowl win this year. Classic Philly.

The Eagles should learn from their big brother across the state, the Steelers, to respect their superiors or they two will have to get used to calling Pats their Daddy.