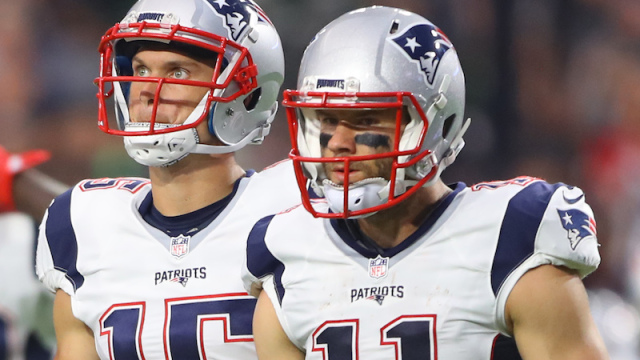 As the 2018 season grows closer, Pro Football Focus released a list which ranked the leagues best receiving groups. The list was based off of wide receivers, running backs, and tight ends. While I can’t argue with the higher rankings of teams like the Vikings, Steelers and the Chiefs, having the Patriots ranked 14th seems a little too low.

If the list was based solely on wide receivers, I could see this group being middle of the pack, but throw in the best tight end in the league in Rob Gronkowski and two very proven receiving backs like James White and Rex Burkhead, the Patriots are at least certainly better than the 11th ranked Bengals and 13th Bears.

While losing Brandin Cooks and Danny Amendola certainly hurts, the additions of Kenny Britt, Eric Decker, and Cordarrelle Patterson are highly overlooked. Britt is only two years removed from a 1000 yard season and Decker had over 2000 yards with his tenure with the Jets. Chris Hogan has been nothing but productive for this team and with rookie Sony Michel looking very solid at camp, and throw in the return of Julian Edelman, I wouldn’t be surprised to see this “average” receiving group to be in the top ten rankings by the end of the season.