Should the Patriots sound the alarm? Rob Parker thinks so. 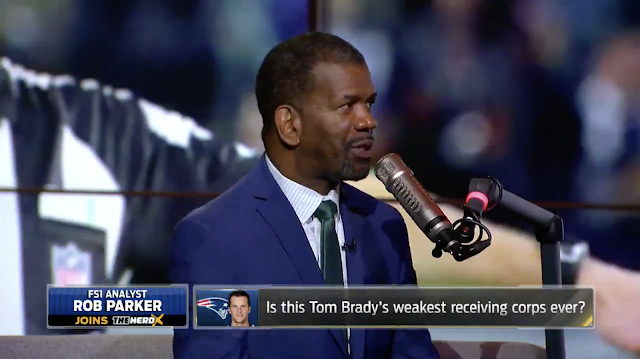 As usual, Rob Parker, analyst at FS1, unloaded several ridiculous takes about the Patriots. The Patriots haven't even played their second preseason game yet, and Parker thinks its time to "sound the alarm." While it hasn't been the best offseason for the Pats, they still are in very good shape. With the return of Dont'a Hightower and Julian Edelman, the Patriots have added significant talent to both sides of the field. Lets not forget, this time last year, that the Patriots were supposed to go undefeated and challenge the near-undefeated Pats team from 2007-2008.

Historically speaking, the Pats can't keep up with the kind of success that they've had recently, but to "sound the alarm" before their second preseason game is beyond absurd. Rob Parker went on to say that the 5-11 Jets, who will most-likely start a rookie at quarterback, could potentially dethrone the Pats and win the "AFC least". This isn't very surprising because Parker has made a career off of outlandish takes and controversy.

.@RobParkerFS1: It’s time to sound the alarm 🚨 🚨 the Patriots are in trouble this season #Herdin60 pic.twitter.com/xoUtXOMML1

Joy Taylor, Co-host of the Herd and also the sister of beloved Miami Dolphin, Jason Taylor, is also questioning Parker's ability to assess the situation by laughing and joking that he must be trying to "speaking it into existence and manifest it".