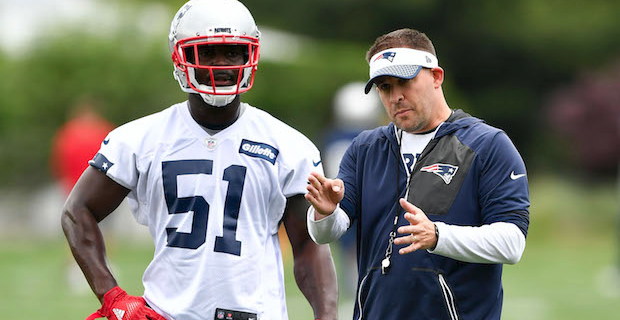 In a rare turn of events, the Patriots have actually added two players back to their roster.

After losing players like Isaiah Wynn, Eric Decker and Kenny Britt, it was very comforting news to see rookie running back Sony Michel and right tackle Marcus Cannon back at practice for the first time since August 1st.

Michel had fluid drained from his knee after leaving practice early nearly a month ago and until yesterday, had not been seen at any practices or preseason games.

While only limited and watched mostly from the sidelines, it was a very positive sight to see the first-round pick back on the field. With receiver depth being a major issue for the first month of the season, the offense will likely utilize their plethora of pass-catching backs to help move the ball with Julian Edelman being out for the first month.

Another big player back at practice was Marcus Cannon. The offensive line is another position that is lacking in depth, and with the return of their starting right tackle, this should hopefully free up LaAdrian Waddle to more of a reserve spot for the line.

Hopefully Michel and Cannon can remain healthy and continue on the path of recovery to a great 2018 season.