Dez Bryant tweets that he wants to play for the Patriots 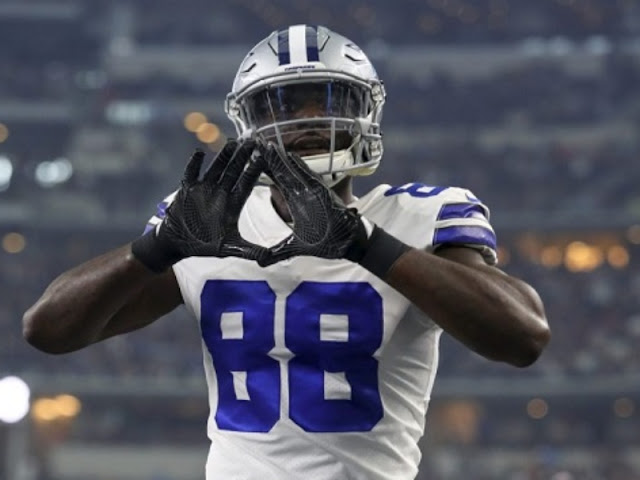 The Dallas Cowboys released Dez Bryant in April and still after the first week, nobody has shown much interest in him. He visited Cleveland during the preseason but neither party decided to move forward. Sunday, Bryant, in a series of tweets, claimed that he would play for the Patriots or Washington because they're "cool too."

Naw I’m ok.. I rather go somewhere I can show case my skills for real.. if I line up next to Gronk hogan Edelman I’m for sure getting a 1 on 1 match up plus I won’t be getting criticized controlled for expressing my love for the game..Washington is cool as well https://t.co/lywVw8QzIa
— Dez Bryant (@DezBryant) September 9, 2018

This is a really difficult position for the Patriots. I don't wanna overreact about how well the Patriots offense looked against Houston and how Brady and the unproven receivers looked like they have such great chemistry after one week, but at the same time you can never have to many receivers, kinda like how you can't have to many pitchers in baseball. The Patriots have a history of giving receivers that are just out of their prime a chance and they almost always end up failing. I can't explain how conflicted I am about this decision because with Julian Edelman still having to serve three more games of his suspension, I don't really see a downfall to giving Dez a shot.

Dez also makes a great point, there isn't anything that pleases Brady and Belichick more than a player who has a true passion for the game of football. Dez certainly has that passion for the game. Dez makes another solid point in the fact that if him, Gronk, and Julian Edelman line up with each other its going to be very hard on defensive teams. That is once again if he can learn the "graduate-level" offense that the Patriots have developed.

So if you came here for a decision, I really don't have an answer for you. I think both decisions could play out in the Patriots favor. Sorry.