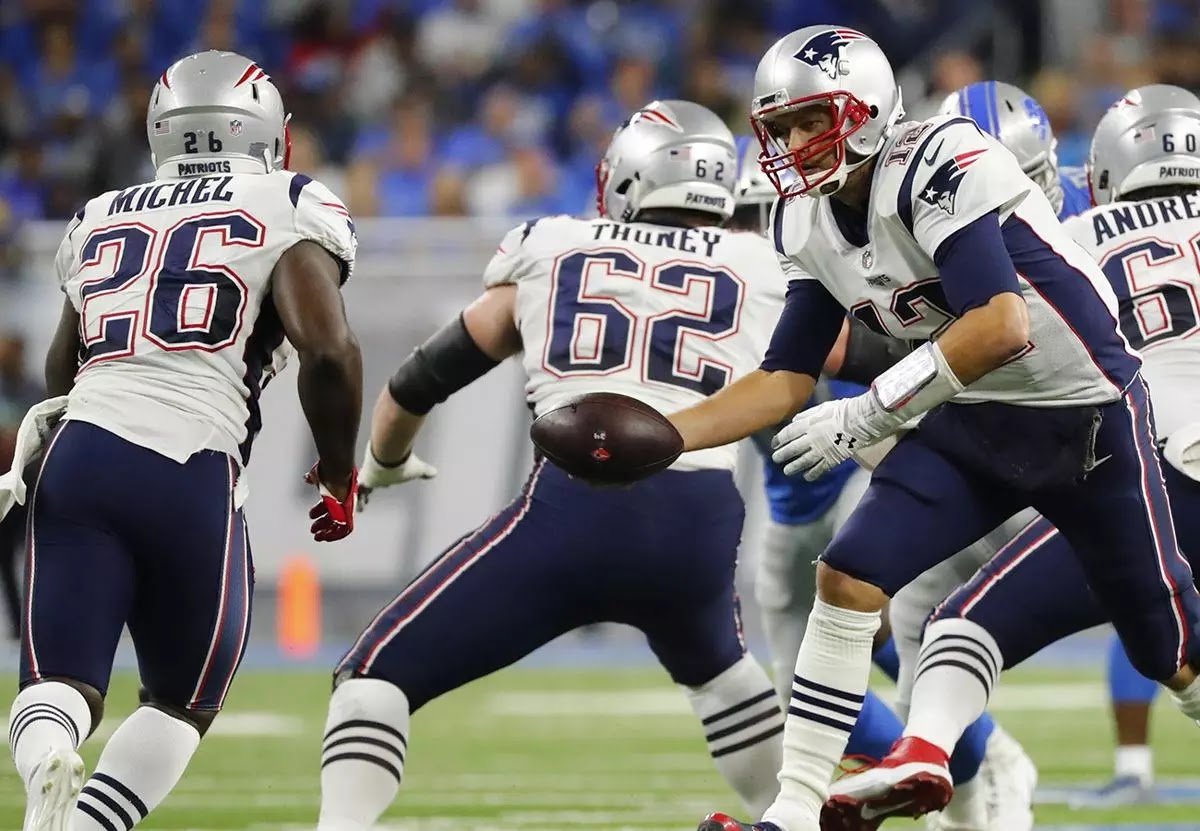 What once was the most stacked position on the depth chart, the Patriots are now down running backs: James White, Sony Michel and Kenjon Barner. I had no problem with the Pats picking Michel in the first round, because he would have plenty of time to develop with Jeremy Hill and Rex Burkhead carrying most of the load in the run game.

Well, hopefully three weeks has been enough to get a decent understanding, because the rookie is about to see a significant spike in his playing time. White is about as reliable as you can get in the backfield, but his strength is definitely more in the catching game than running.

It certainly didn't help the rookies case that he missed all of preseason with a knee injury, but captain Matthew Slater likes what he sees from Michel in the locker room.

"Sony has been very impressive," Slater said. "I think his attitude, his buy-in, has been pretty unique for a first rounder. When you think first-rounder traditionally in the league, you know, those guys tend to think they got it going on. But he's carried himself with a lot of humility, come in here and worked his butt off. He's taken coaching. He's been a great teammate and that's all you can ask for from a younger player. We trust that he's gonna do his job. The rest of us need to do ours."

He's also got the help of veteran James White, who is doing whatever he can to help the young back improve.

"He didn't get to play during the preseason so there's a lot of stuff that he hasn't gotten to see," White said. "I try to help him as much as I can, whether that's watching film or answering questions from him. But he's been attacking each day and trying to get better. You can tell he just wants to improve."

Michel has been the highest draft choice at the running back position the team has had since Shane Vereen went in the second round of the 2011 draft, so the Pats certainly have high hopes. Even with his absence from preseason, I have liked what I've seen from Michel, so look to see him have a big impact this Sunday when the 3-0 Dolphins come to Gillette.