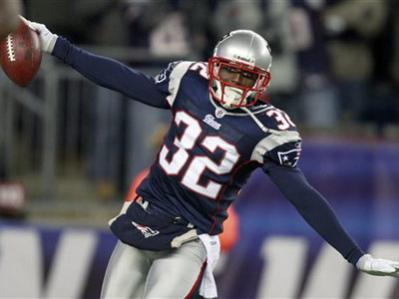 The Patriots squared off against the Buffalo Bills tonight and it was a mixture of poor offensive execution and a defensive battle. Although the final score was 25-6, the game felt much closer than that until about half way through the fourth quarter when Devin McCourty scored a late 85-yard pick six. Marking their first defensive touchdown in their last 40 games.

Tom Brady was 29-45 with 324 passing yards and zero touchdowns. Cordarrelle Paterson surprised a lot of people tonight and lined up at the running back position. Patterson ran for 31 yards on seven carries. James White rushed for a touchdown to make the score 18-6 in the fourth quarter, and Julian Edelman led the Patriots receivers with 104 receiving yards on nine catches.

Derek Anderson, the newest addition for the Bills at quarterback, was 20-36 and threw for 255 yards and one interception. Yes, the Derek Anderson who was competing to play at the Masters Golf Tournament earlier this month. Chris Ivory led the Bills in rushing yards after having 34 yards on 9 carries, although it seemed that LeSean McCoy was the main running back tonight. LeSean McCoy led the Bills in receiving yards with 73 yards on five receptions.

The Patriots played really well defensively. The Patriots forced a fumble and also had a pick six late in the game. The Patriots sacked Derek Anderson three times. Stephen Gostkowski made 4/5 field goals with a long of 40 yards, while, missing a 51-yard field goal.

UPDATE: Tom Brady is three yards shy of becoming a 1000 yard career rusher after rushing for an 8 yard first down, early in the game tonight.