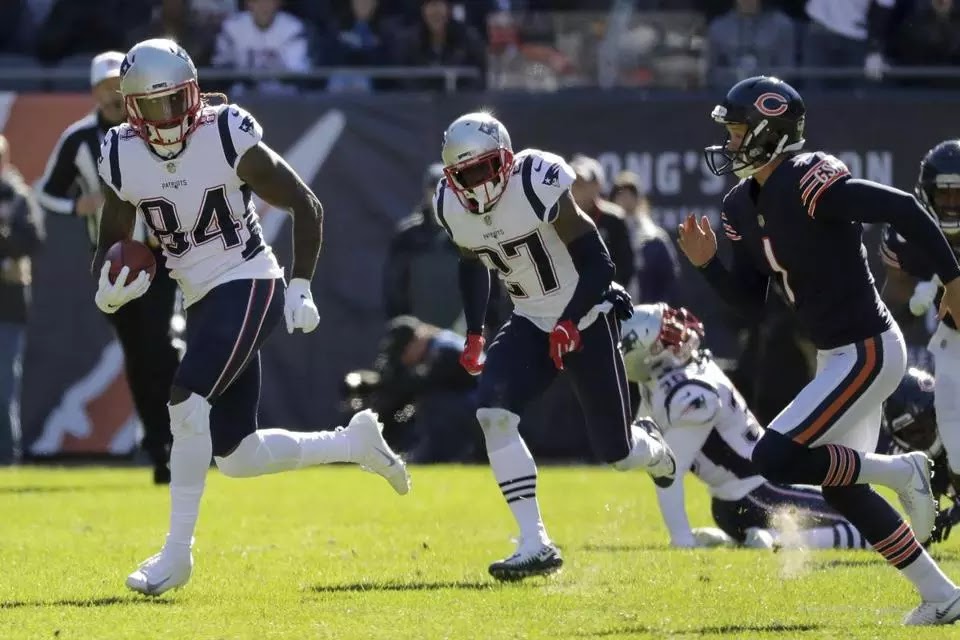 It wasn’t the prettiest of wins for the Pats, but a win nonetheless as the Patriots defeat the Bears 38-31. Tom Brady led the offense going 25/36 for 277 yards with 3 TDs and an interception.

While their opening drive resulted in a touchdown to Julian Edelman, forced turnovers by Chicago kept them in the game.

Despite the turnovers, special teams and defense became the X-factor for the Patriots.

Cordarrelle Paterson made up for his fumble on a kick off with a 95-yard touchdown return, making it 17-14 Chicago.

Shortly after, Dont’a Hightower blocked a punt which was brought in for a touchdown by Kyle Van Noy.

The Patriots’ secondary also stepped up with very impressive interceptions by J.C. Jackson and Jonathan Jones.

Mitchell Trubisky went 26/50 for 333 yards and had 2 TDs and interceptions. He was also the Bears’ leading rusher with 81 yards and touchdown on 6 carries.

The Bears came just about as close as you can get with a Hail Mary pass as time expired that was stopped on the one-yard line by Jonathan Jones and Duron Harmon.

Sony Michel suffered what appeared to be an ankle/knee injury, so hopefully it was nothing serious as the Patriots are very thin at the running back position.

Pats take on the Bills in a Monday night matchup to try and advance to 6-2.