Mike Vrabel reflects on old banter with Brady and Belichick 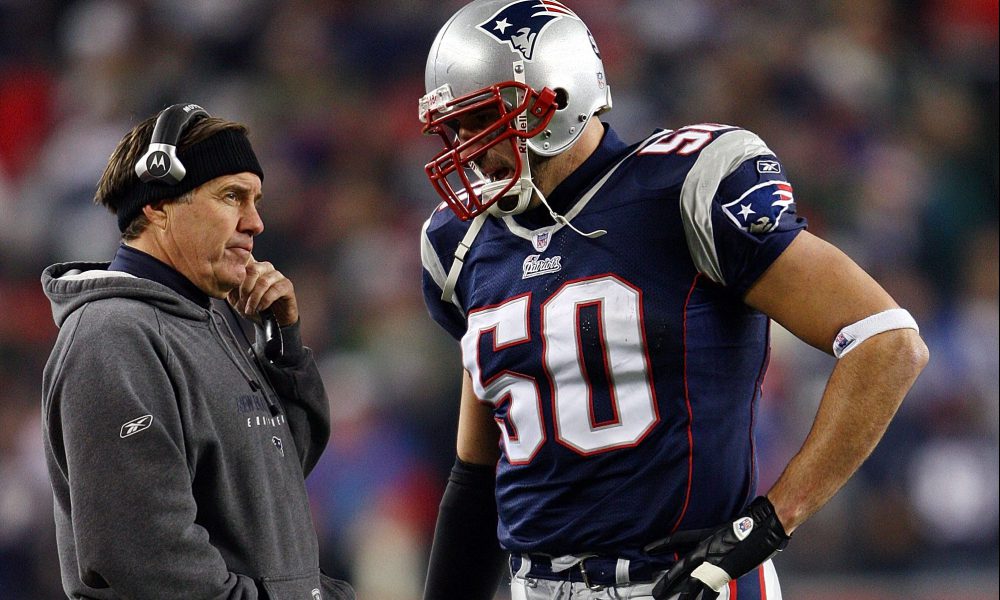 When asked if Titans head coach Mike Vrabel ever expressed any interest in coaching while he was playing in New England, Bill Belichick had this to say: "Yeah, well, at that point, Mike was playing, I was coaching, we were trying to win games," Belichick said. "In passing, and in some of the banter back and forth – that there was always plenty from Mike – we talked about coaching and playing." In addition to his stellar play during his tenure as a Patriot, Vrabel was no stranger to giving his strong "opinions" on how things should run.

Belichick also discussed how one of Vrabel's big contributions to the team was that he never left the practice field. "Players like Pat [Chung], Mike, Rodney [Harrison] – they just never want to come off the field," Belichick said. "So, if they’re out there on defense, they’re out there for every play, and then when the scout team’s out there, they want to go out there and take scout team plays, too, and jump in there on special teams and be on the scout team, kickoff team or punt team or whatever it is. I mean, they just like to go out there and play football."

Vrabel would play any position on the defensive scout team and was often used to imitate players like Ed Reed and Troy Polamalu, which actually went pretty well for him.

"You'd have to ask Tom [Brady], but I think I did pretty well," Vrabel said. "There were interceptions back then in practice. Those guys didn't have any responsibilities so it was easy for me to do that. Tom would get mad. He'd know what the card said and he would tell me where I was supposed to be and I told him I was gonna be wherever I wanted to be no matter what the card said."

It should come as no surprise that players at this level feed off competition, which certainly shows in players like Vrabel and Brady. It is a big game for Vrabel this weekend as his former team comes to pay him a visit in Tennessee.