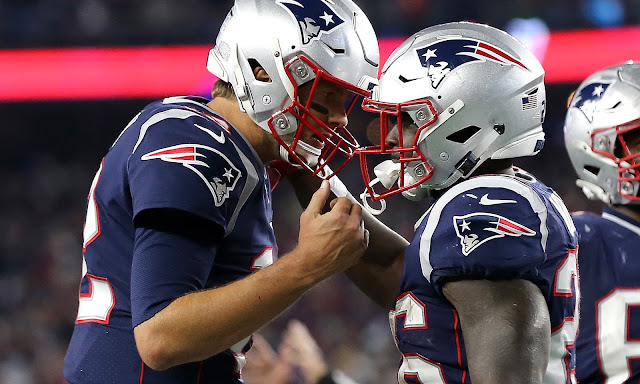 Finally, no more weeks without Patriots football. That was rough, wasn’t it? The bye week always sucks. This week the Pats play the Jets. The Jets are 3-7, quite terrible. The Patriots will need to focus on the Jets rookie quarterback but other than that they should be fine.

The Jets play a man to man scheme, therefore the Patriots will want to use their weapons accordingly. Rob Gronkowski will be returning this week, which should really help out the Patriots offense. Having Gronk Back is a huge addition because of his ability to spread the field. Not to mention any time you add another weapon, it helps.

The Jets have allowed 361.6 yards this year, 242.5 yards passing per game and 119.5 rushing yards per game. The Patriots are going to be just fine. If Gronk can create space then their offense will be nearly unstoppable today. Since the Jets are playing man coverage the Pats will want to find their mismatches. They need to find Gronk on linebackers, Michel/White on linebackers, Edelman and Gordon on Safeties. The patriots should really bring out some of their tricks today considering that the Jets play a very aggressive man to man coverage. The Pats could do one of their fake reverses, into a fake handoff and then hit the first fake with the screen passes. The Patriots could line up with White in the backfield and then have Gronk, Edelman, and Gordon lined up in formation, Gronk could run a vertical pattern, clearing the linebacker, Gordon could run in the hole that Gronk creates, Edelman could run an out route and White could run a flat route.

THe Jets offense has scored more than 20 points only three times this season. The Jets offense averaged 299.4 yards per game. Not very good. The Pats are going to want to confuse the heck out of the young quarterback, Josh McCown. The Pats play a mixture of man to man defense and zone defense, so confusing McCown should theoretically fairly easy. The Pats need to come out and show that they are the better team. They need to stop Isaiah Crowell from the start.

The Pats should win this one pretty easily. I think that they will turn the ball over three times. Pats win 28-7. White gets two touchdowns, Gordon gets one , Michel gets one too.