Patriots defense made Hill and Kelce non-factors in AFC Championship 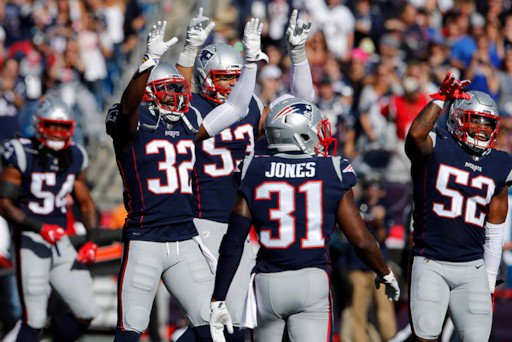 If you're going to beat the high-powered Chiefs offense in Arrowhead, you need to solve the Tyreek Hill and Travis Kelce problem. Much easier said than done, but the Pats did just that. The duo made up more than half of KC's offensive yards this season, so if you want to slow that machine down, ideally you want to limit at least one of them.

The Patriot defense was able to hold Kelce and Hill to a combined 4 catches for 65 yards. The defense stepped up at an unbelievable level and everyone played a significant role. Jonathan Jones' role has been reduced by the outbreak of rookie J.C Jackson, but he was one of the many heroes in the secondary. Jones, with the help of Devin McCourty, used his speed to keep up with Hill and make life as hard as possible for him. Hill's only catch came when he was covered by rookie Keion Crossen.

Kelce was held to just 23 yards from 3 catches and a touchdown. For most of the game, he was tightly covered by J.C Jackson and then Stephon Gilmore down the stretch. As for Gilmore, he was excited to cover the star tight end. “It’s easier because I’m used to covering fast guys,” Gilmore said. “He’s not really fast, so it’s easier for me. He likes to push off a lot. I probably use my feet a lot more and beat him to the spot because he wants you to get physical with him. I wouldn’t allow that.”

The Patriots were able to give the Chiefs a ton of different looks, flustering Mahomes and holding the Chiefs to 0 points at the half. The soon to be MVP stepped up and got his team moving, but the first half cushion allowed the Patriots to advance to their third straight Super Bowl.