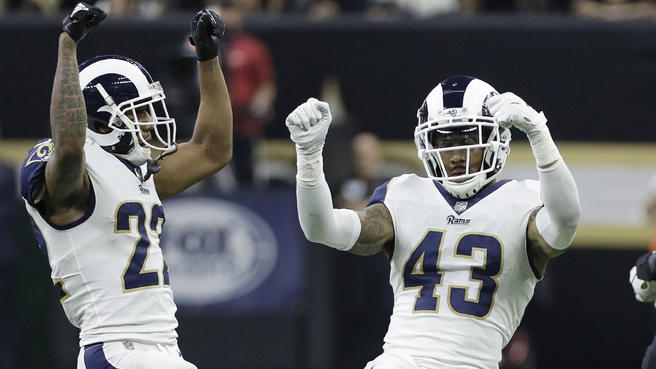 As both the Patriots and Rams prepare to face off in Super Bowl 53, confidence is high for both teams. For New England, they just beat the Chiefs in Arrowhead and have the greatest to ever do it at quarterback. For the Rams, I'll give them a lot of credit. Sure the no call on the pass interference is what will be remembered, but for Jared Goff to not be able to even hear himself think and play a great game takes some skill.

Safety John Johnson was one of the big reasons the Rams were able to pull out the win over the Saints with his interception in over-time. Johnson acknowledged the greatness of Brady, but isn't scared of the challenge.

“It’s an honor (to play against Brady), honestly,” Johnson said. “He’s an all-time great. He’s been to the Super Bowl, what, nine times? He’s beatable, though. We just can't go in there with a mindset of “oh, it’s Tom Brady,” like, he’s definitely beatable, so we’re gonna go in there and give him a go.”

Johnson is correct in his assessment in saying Brady is beatable, but he is also adding fuel to the fire that is Patriot motivation. For example, look at what they did with the Chiefs being favored in the AFC championship. The Patriots have used just about anybody who doubted them as motivation, so I suspect that Johnson will be no different.