Golden Tate "would love" to play in New England 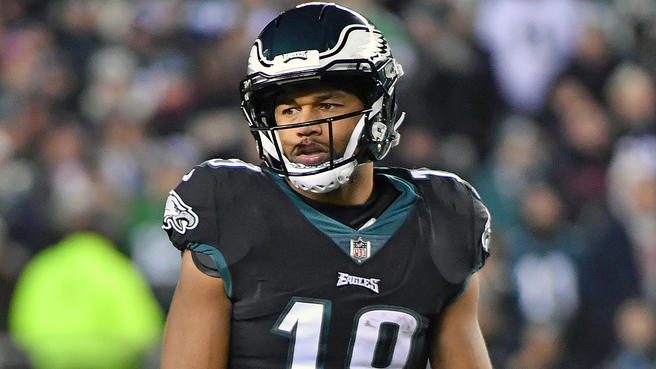 The wide receiver market is well-stocked this offseason and good thing for the Patriots, because Julian Edelman is the only receiver under contract from last years roster. One of the names in free agency is Golden Tate. Tate won a championship in Seattle and played for both the Lions and Eagles last season. I was personally high on Tate last year when he was placed on the trade block and the Pats did offer a 3rd round pick for him, but Detroit took Philly's offer instead.

However, Tate is a free-agent this year and he would like the opportunity to put on a Patriot uniform. "I would love it. That organization, they've proven to be champions year-in and year-out," Tate said on the Prostyle Podcast with former NFL receiver Earl Bennett. "They work hard, for sure. But you know where you're going to be at the end of the season; you're going to be looking at not [only] going to the playoffs, but maybe a first-round bye. You got to admire that organization. They do things right and they've been doing it for a long, long, long time. So I'd definitely love to be a part of something like that, and definitely catch a few passes from old Tommy Boy."

Tate will attract some decent attention in free-agency, but there is definitely mutual interest between Tate and the Patriots, so it would be very sweet to get a reliable weapon like him in the mix.