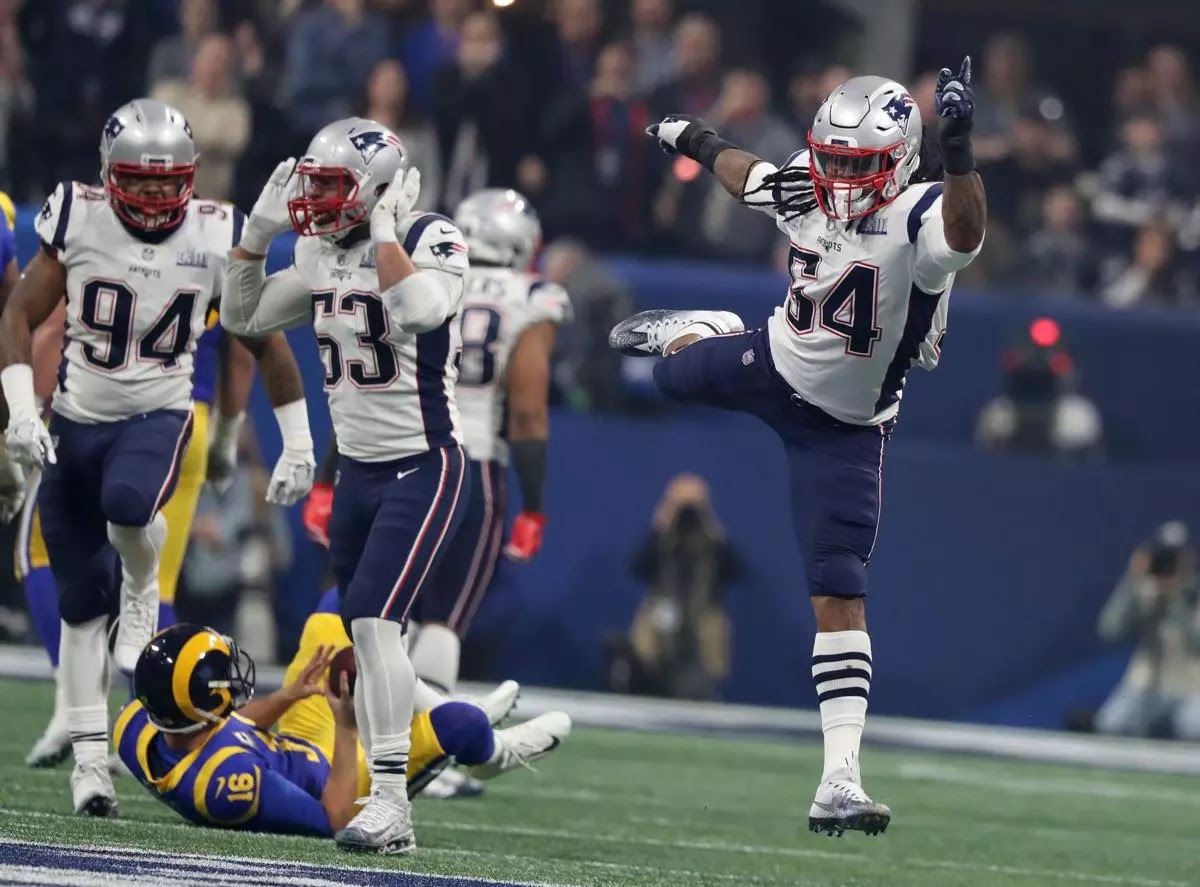 At the start of the season, the NFL looked like it was about to enter a whole new era of juggernaut-type offense. All year, teams like the Rams and Chiefs were lighting up defenses and putting up a crazy amount of points. However as the old saying goes: defense wins championships, and it certainly showed up last night.

I never would've thought that matching up the offenses of the Pats and Rams would result in the lowest scoring Super Bowl ever, but when you give 2 weeks for those defensive units to prepare, they will be on their game. It came down to the defensive minds of Bill Belichick and Brian Flores to make the perfect game plan to not only slow down the Rams offense, but basically shut it down completely.

If I was told the Pats were going to hold the Rams to just 3 points, I would've assumed a Patriot blowout, however the Rams defense really showed up as well. Tom Brady was able to move the ball, but could get nothing going when nearing the redzone.

The big game changer for the Pats defense was their use of zone coverage. The Pats ran the highest amount of man-coverage plays all season, so the Rams didn't have has much film of the zone looks, so they were able to throw off the tempo of Goff, which showed on a few throws. While their secondary coverage was near perfect, the defense also utilized their pass-rush presence up front to force Goff to make some ill-advised throws.

In addition to their great pass-rush, two big plays in the secondary stood out to me. First, when coverage was blown on Brandin Cooks leaving him wide open in the endzone, Jason McCourty covered a crazy amount of distance in a short time to break up the play. Second, the drive killing interception by Gilmore down the stretch of the game. Pressure up front forced Goff to throw out early, allowing Gilmore to be in the perfect position to set up and make the play.

While it may not have been the most exciting game from a casual viewer, this game was an awe-inspiring performance of the players and coaches ability to make and execute a perfect game plan on the biggest stage.