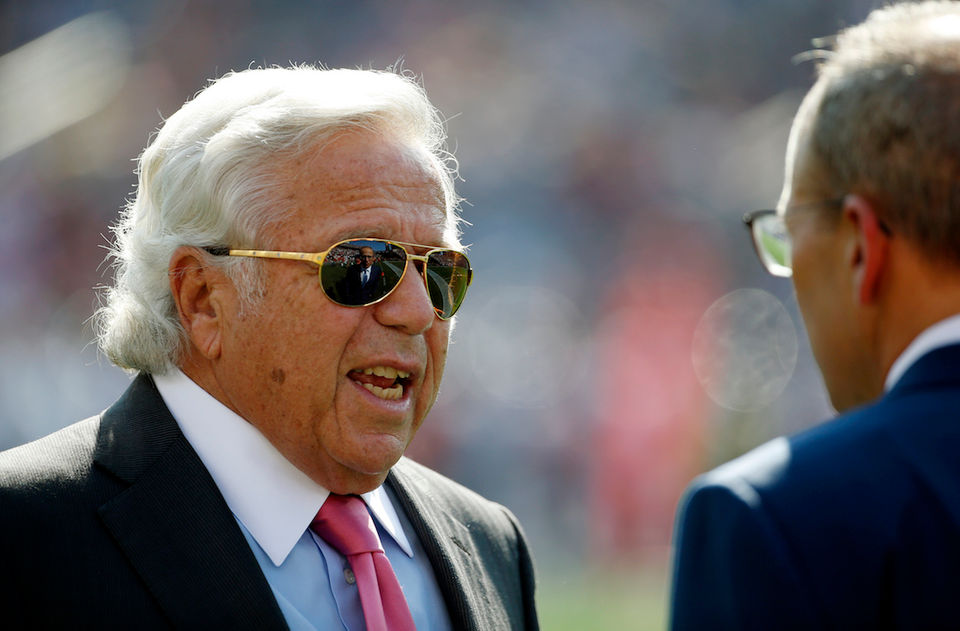 By now you've all heard the story. Robert Kraft has been charged with soliciting a prostitute down in Miami Florida. It is the offseason, so this has been what most of the NFL has been discussing until free agency and the combine arrive.

However, more news has been released on the unfortunate events. A recent police report gives minute to minute details on the event from the cameras hidden in the building. According to the report, Kraft visited the spa on January 20th, the day of the AFC Championship game.

If the reports are true, Kraft flew down to Miami to do his business, then flew back out to Kansas City to watch the Pats beat the Chiefs in Arrowhead. I don't think Kraft is a bad guy by any means and he does do a great deal of good for the league and community, but these reports are very unfortunate to say the least. Knowing how these things work, this story will likely be in the headlines for the foreseeable future.