Some Patriots players aren't going to the White House 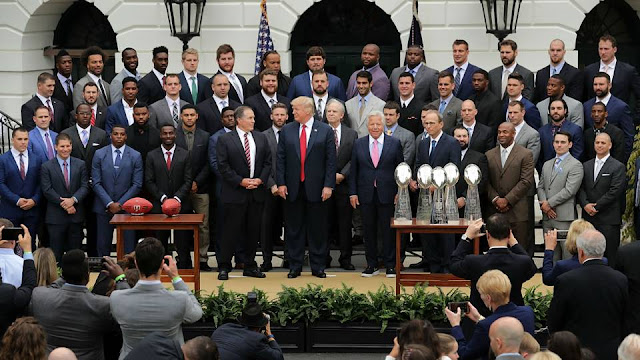 Players have skipped out on the trip to the White House since the beginning of the tradition, so let's not act like this is a new issue. While I think that players should go with their team for one last event before the offseason starts, I certainly don't think this is something we should be making into a big deal. The NFL is a long and mentally draining season, and if players dont chose to go, then so be it. The players that show up, usually seem to enjoy the event.