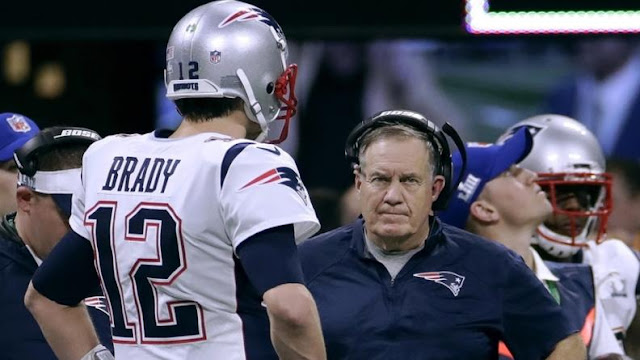 With a little more than one minute left in the fourth quarter and only inches between the ball and the first down line, Tom Brady put his pride aside and convinced Bill Belichick to kick the field goal. Moments later, Patriots kicker, Stephen Gostkowski drilled the 41-yard field goal clinching the Patriots sixth Super Bowl in franchise history. Watch the full exchange between the two below.

Brady is practically automatic on QB sneaks and the Pats running game has been incredible these past few weeks yet Brady still decided to go with the decision that benefitted the whole team the most. Brady has always claimed that it's a team sport and that the team deserves more credit than he does. This just goes to show that he truly believes it, putting the Super Bowl in the hands of his kicker.