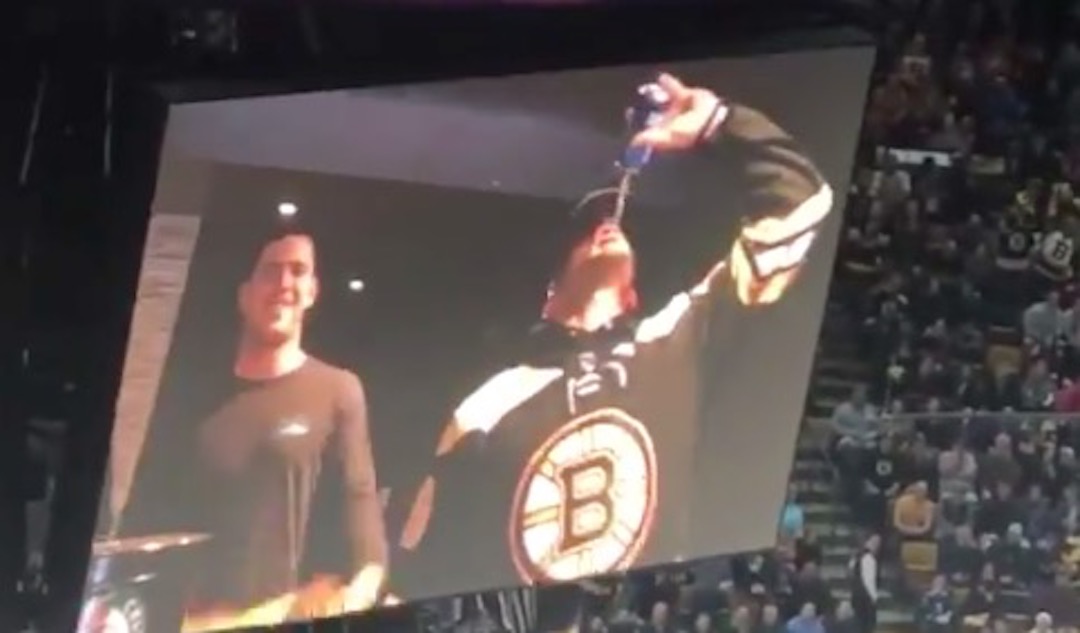 When an athlete plays in Boston for awhile, they usually become pretty involved with the other Boston teams and Patriots' Julian Edelman is no exception. Jules has become a very big Boston guy during his career with the Patriots and was in attendance at the Garden for the Bruins game 7 against Toronto.

He started off his night waving the fan banner to hype up the crowd early on.

While it certainly gets the fans hyped to see Boston legends in attendance, it was something Edelman did later on that really got everyone going.

Edelman set the Garden on fire by getting everyone up and then proceeding to pound the rest of his beer and spike it down in a very dramatic fashion.

In addition to the fans, coach of the Bruins Bruce Cassidy was just as amped by Edelmans antics. "Julian Edelman chugging a beer was awesome, probably got everyone fired up, including us. Good for him. We’ll return the favor at some point down the road."

Edelman has always been a hype-beast throughout his career, so it was no shock that the Super Bowl MVP was able to make the Garden explode in the way that he did.