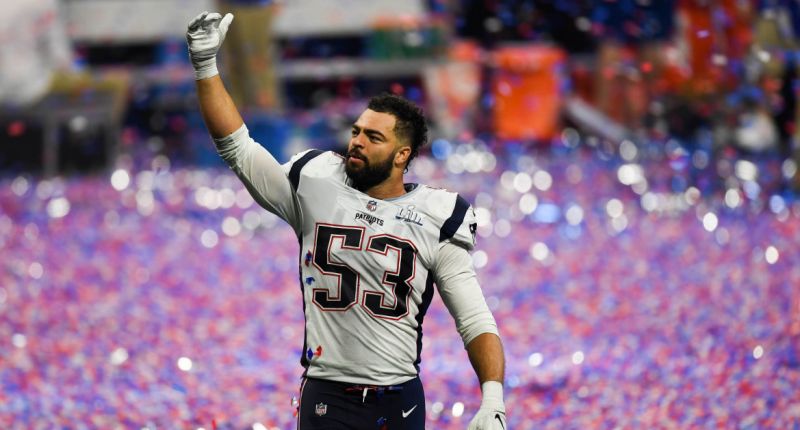 One of the many difficulties playing in the NFL is the battle with complacency. Sure, as a player you want to celebrate winning 2 of the last 3 Super Bowls (appearing in all of them by the way), but one of the messages Bill Belichick preaches with his team is the idea of no days off. As soon as you become satisfied with where you're at, you give the advantage to a different team.

In his first media appearance this year, linebacker Kyle Van Noy touched on Belichick's method. "You would have thought we lost already, with the way that we're working. It's a big thing—complacency. We have a lot of guys here that are motivated for greatness. Not just with the coach, but with the players, and the players in every room you have a veteran—a McCourty, and a Chung, and a Hightower, who are motivated...so are the young guys, who are hungry to prove they can play. That goes offensively and defensively. You have veteran guys that hold that standard, and they do a good job."

Van Noy was not shy in saying he had fun celebrating last season, but is ready to move on. "It was hella [sic] fun. I had the time of my life, but now, I'm focused already on another season and I want to win again. Can't be satisfied, we're definitely not satisfied. If you guys saw how we're working right now, you'd be impressed with the grit and tenacity we've shown already."

Well that certainly is the right mindset you want your players having coming off another championship season, so we'll look forward to see how the new rookies fit into the system as training camp will be here before you know it.