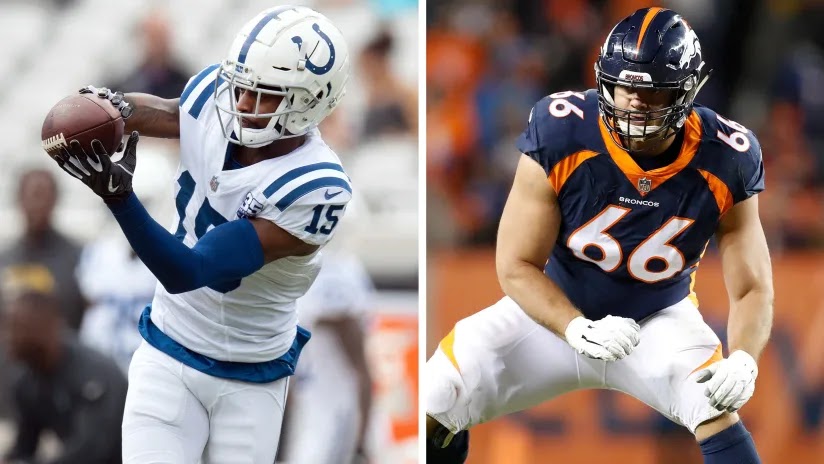 The Patriots continue to make some noise these past couple weeks, as they officially sign wide receiver Dontrelle Inman and offensive lineman Jared Veldheer.

Inman came into the league with the Jaguars as a free agent in 2011, but was cut at the end of training camp. He bounced around in the CFL until 2014, when he was picked up by the Chargers. He spent last season playing 9 games with the Colts and getting 28 receptions for 304 yards and 3 touchdowns. The biggest takeaway from this signing should be his size. Inman stands at 6'3 and comes in at 205 pounds. This plays into Belichick's idea that big receivers are the new trend of the league, after signing Demaryius Thomas and drafting N'Keal Harry.

Jared Veldheer has spent 9 years in the league, and has played with the Oakland Raiders (2010-13), Cardinals (2014-17) and the Broncos (2018). Playing mostly left and right tackle, Veldheer not only brings in veteran experience, but is also 6'8 and 321 pounds, the type of build you really want for your big men up front.

In addition to these moves, the Patriots released OL Calvin Anderson and WR Xavier Ubosi.