X's and O's: Patriots vs Jets 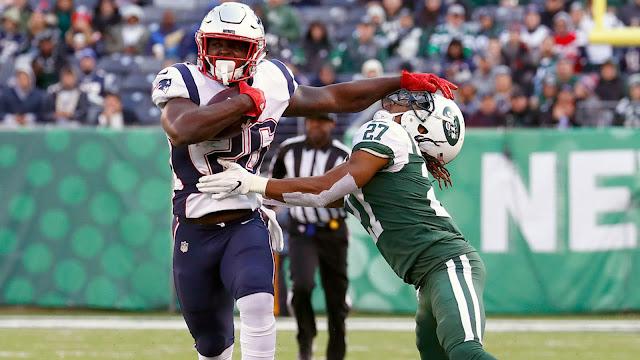 This was an interesting week for the Pats. As of Friday, Antonio Brown was released from the team, which honestly was as shocking to me as much as him signing. Going forward the Pats are still in really good shape. Josh Gordon played well against Pittsburgh the first week, so I'm not too worried about losing Antonio Brown. The Pats play the Jets this week, and honestly the Jets are pretty bad. Not as bad as the Dolphins but pretty bad. The Jest lost to the Browns on Monday night 23-3 and I didn't think to my self at any point that the Jets could beat the Browns, especially after losing their quarterback, Sam Darnold.

The Jets play a man to man scheme, therefore the Patriots will want to use their weapons accordingly. Since the Jets are playing man coverage the Pats will want to find their mismatches. They need to find running backs on linebackers, Edelman and Dorsett on Safeties. The Patriots could line up with Rex Burkhead in the backfield and then have Gordon, Edelman, and Dorsett lined up in formation. Gordon could run a vertical pattern, clearing the linebacker, Dorsett could run in the hole that Gordon created, Edelman could run an out route. I could see a lot of running today too though.

I think the Pats win another big game today. I think they win 38-6. I think that Dorsett gets a touchdown, Edelman gets one, Gordon gets two, and Michele gets one. I think that the Defense keeps their streak alive without giving up a touchdown to the Jets.