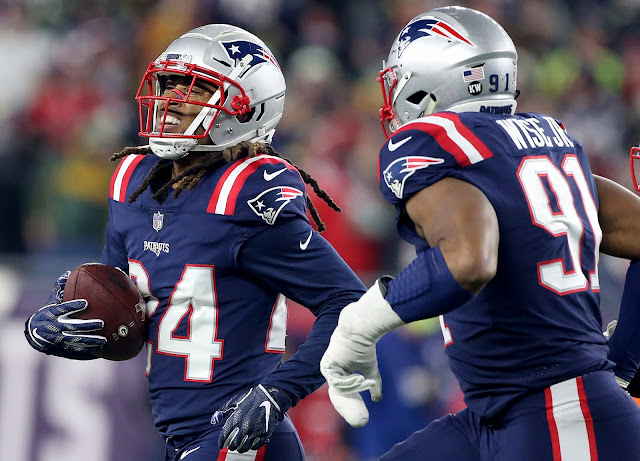 The Patriots are now undefeated through eight weeks. The defense is still looking unbelievable. At one point their defense had scored more tough downs than they allowed. Now their tied at 4 scored touchdowns to four touchdowns allowed. The final score was 27-10 with the Patriots scoring in the last two minutes. The Browns turned the Ball over three times on three consecutive snaps. The game was kinda interesting because it never felt like the Browns could win the game but they certainly had some moments where they challenged the Pats.

Baker Mayfield led the Browns in passing going 20-31 for 194 yards, one touchdown, and one interception. Nick Chubb led the Browns in rushing with 20 carried for 131 yard and two fumbles. Jarvis Landry led the Brown in receiving with five receptions for 65 yards.

Overall the Pats played really well I like the way the defense is playing. Now comes the toughest part of the Pats season. I will be interested to see what happens before the trade deadline on Tuesday.