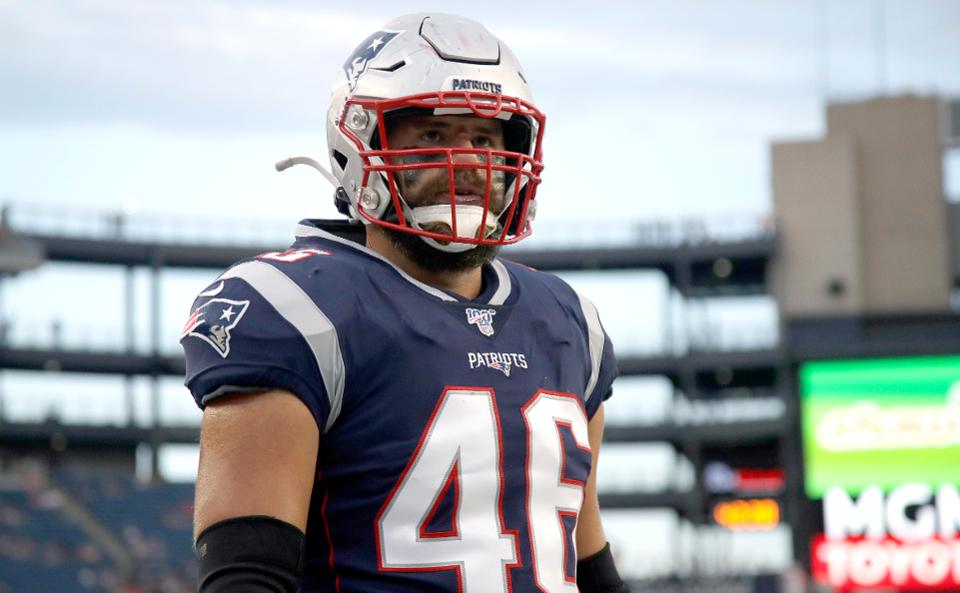 The Patriots are losing yet another veteran player today, as longtime fullback James Develin has announced his retirement on his social media:

As Develin says in his post, his career really has been a million to one shot, starting as a defensive lineman at Brown, then working his way up through both the UFL and AFL before becoming one of the best fullbacks in the league for the New England Patriots. During his tenure as a Patriot, Develin achieved a Pro Bowl nod in 2017 and amassed 5 rushing touchdowns as well.

Unfortunately, Develin's 2019 campaign was cut short due to a serious neck injury, which had ultimately led to his retirement. Although his time in New England is done, he will always have the respect of his teammates, coaches and fans for playing his heart out in the most important position in football.

Thanks for everything James, I will always reflect and think fondly of the time I saw you in that pizza restaurant 2 years ago.