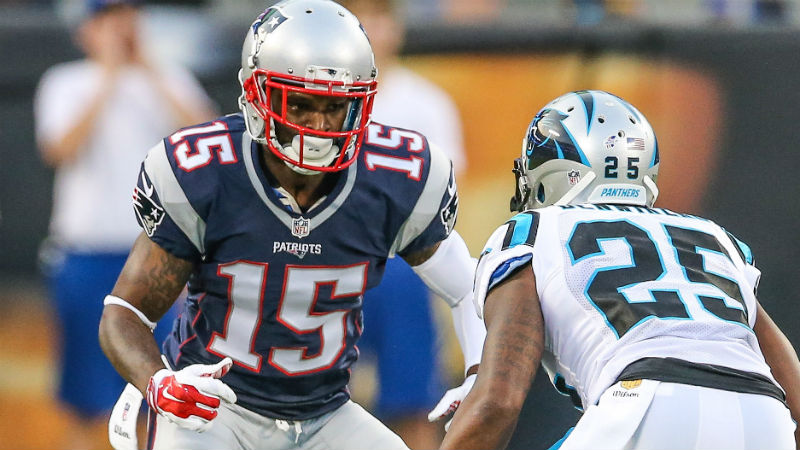 Former Colts wideout star Reggie Wayne made the big decision to join up with the New England Patriots back in 2015, but as you may remember, his experience was cut short.

After spending 14 seasons with the Colts, Wayne decided to give it one more shot with New England, but retired only 2 weeks into training camp. Wayne was 36 at the time and was recovering from triceps surgery from the year prior.

The Patriot system has been proven to be a very difficult and complex scheme no matter who the player is, and that was proven with Reggie. Although he was only with the team for a couple of weeks, Wayne was prepared to give up his signing bonus of $450K, but Bill Belichick was having none of that.

“I went up to him and I said, ‘Hey, this is what it is. I know got a signing bonus. I’ll give it back, no biggie." Wayne said. "Bill Belichick told me to keep it. I’m like, ‘Hey, you ain’t got to bend my arm back twice.’ He told me to keep it. And that was love, man. And I always had respect for him. I’ve heard people and seen stuff that he’s done on camera of his respect for me, and maybe that was just his sign of appreciation. We had a lot of battles against that team, so he told me to keep it. We kept it in the bank. I appreciate it. Hey, the best job ever.”

Can't argue with Wayne there, as he was able to collect almost half a million on 2 catches for 24 yards in the preseason, but that was a very classy move by Belichick nonetheless.

Wayne also offered some insight on the Bill that he saw compared to what everyone else sees: “Bill Belichick is not what you think. I just think he doesn’t like the media. Every day I saw Bill, he was smiling and laughing. He does have teeth. A lot of people don’t think he has teeth. It was a totally different Bill Belichick.”