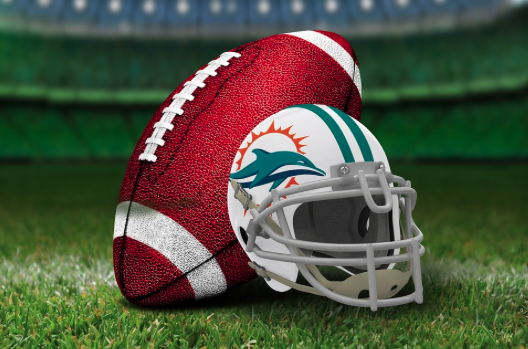 The change in odds has been expected, especially after the wild card round, with significant changes noted across the odds board. The odds on sports are very important, particularly for bettors who used them as a guide for betting.

The changes in the odds throughout the season until before the Super Bowl begins is normal. It is why bettors are monitoring these changes very closely. Hence, here is the updated list of the favorites with their respective odds to give you a view of the changes on the odds post-wild card weekend.

The Chiefs and the Packers stayed as the top two favorite teams for this year's Super Bowl. The remaining teams on the list saw a change in position due to the wild card result. For continued monitoring of the odds, you can regularly check and see the odds on FanDuel.

Wild Card Winners After a week-long process of teams contending to earn a second chance for the Super Bowl, finally, the results are in. It was an unexpected result, but all the teams that won the wild card round deserved the victory.

Cleveland Browns For the first time, the Cleveland Browns won a playoff game, beating the Steelers by 48-37. It was a jaw-dropping night for most people who saw the game. However, the current situation associated with COVID-19 is one of the factors that affected the Steelers' performance.

Even without a proper practice before their wild card game after multiple players tested positive for COVID-19, the Browns still managed to dominate the Steelers. Many may consider the Browns victory as luck, but the scorecard tells otherwise.

New Orleans Saints The Saints won the wild card game versus the Chicago Bears, with a final score of 21-9. Both teams have faced each other during the 8th week of the 20202 NFL regular season. Their wild card face-off was considered a postseason rematch that ended up with a repeat victory of the Saints.

The New Orleans Saints achieved a 10.5 point spread, making them the most favored teams for the Super Wild Card weekend. It was not a surprise that the Saints won the round as they already had many victories against the Bears in their previous match-up.

Baltimore Ravens Lamar Jackson led his team, the Baltimore Ravens, to a remarkable victory over the Tennessee Titans, running 136-yards with a 48-yard touchdown. The team hadn't failed their fans and gave their best to provide an electrifying show.

Aside from the Ravens offensive, their defensive side had also worked hard to achieve victory. The Ravens have once again proven that they have the second-best scoring defense in the league. The Baltimore Ravens are now set to face the Cleveland Browns in the Divisional Round.

Tampa Bay Buccaneers The Bucs defeated the Washington Team, scoring 31-23 at the FedExField in Landover, MD. The team achieved victory when Tom Brady threw for 381-yards with two touchdowns. The wild card victory is the first for the Bucs since the 2002 season.

It was a critical win for the team, and Brady admitted that they needed to improve their performance. The opposing team’s Taylor Heinicke gave the Bucs a hard time but was still outdueled by the 43-year-old Tom Brady.

Buffalo Bills The Buffalo Bills have given their fans a thrilling wild card round victory over the Colts with a close score of 27-24. Quarterback Josh Allen led the team to their first playoff victory in the last 25 years.

The team should thank Allen for his performance. If it wasn't for him, their team would stand no chance of winning against the Indianapolis Colts. The opposing team felt the pressure when Josh Allen went outside the pocket for a remarkable touchdown.

Los Angeles Rams Another winner of the wild card round is the Los Angeles Rams, with a 30-20 victory over the Seahawks. However, it was a hard start for the Rams as they lost their starting QB John Wolford due to a neck injury during the first quarter of the game.

Aside from Wolford, the team has also lost multiple players at different times throughout the game. They even forced Jarred Goff to play even if he has not yet recovered from a thumb surgery, which gave him a hard throughout the game. However, the team still managed to win despite the unfortunate events that had happened.

Takeaway The current post-wild card odds are still subject to change after the Divisional Round. If you plan to bet for the divisional, the current odds will help you choose the best team to wager. However, if you are looking for the Super Bowl 2021 odds, you will have to wait until the conference championship ends.