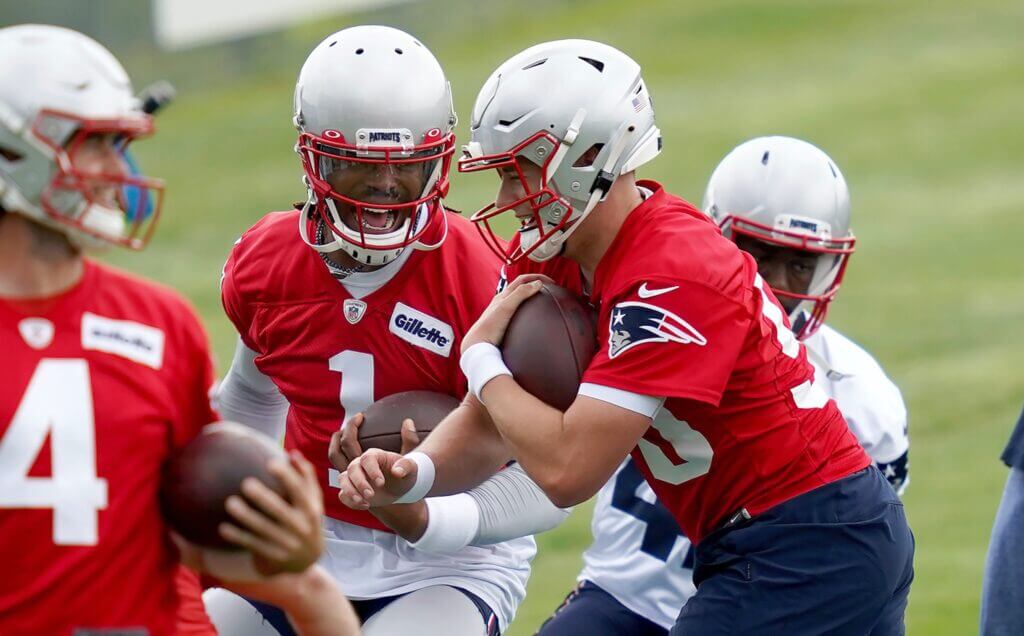 (theathletic.com)
After months of speculation, the Patriot quarterback competition finally took center stage is last nights pre-season matchup between the Patriots and the Washington Football Team.
As expected, Cam Newton took the opening game reps for the first two drives, going 4/7 for 49 yards. The first drive stalled out and ended with what appeared to be a Newton fumble caused by Chase Young, but was ultimately ruled an incompletion. Although it was a very small sample size, Newton neither impressed or left reason to be concerned for fans. This was likely due to the fact that the offense looked to run a more run-heavy scheme with Newton, which is probably a precursor to how the offense will ride in the regular season.
This now leads us to rookie Mac Jones. Jones entered the game late in the first quarter to a standing ovation by Patriot fans and immediately went to work. The Alabama vet went 13/19 for 89 yards and played for roughly two quarters. As for his play, Mac was exactly as advertised. He was poised, accurate and seemed like he had been here before. Granted, this was all from a couple of drives in the first pre-season game, but he still looked good. Mac almost had his first throwing touchdown with a beautiful ball downfield that was dropped by Kristian Wilkerson, so it is very clear that the kid is very accurate.
So as for the competition goes, I would say Mac gained a little ground on the starting role, but nowhere near enough for me to even entertain the thought of him starting week one, barring injury. While Cam didn't wow anyone with his play last night, he didn't really need to. He has a decade of experience in the league and while it wasn't very pretty, he has more experience with this system and with the roster.
We'll see how the Patriots decide to play the QBs moving forward in the final two games of the pre-season, but overall I was very happy with what I saw from both Mac and Cam in the pre-season opener.