Patriots keep it rolling with win in Atlanta 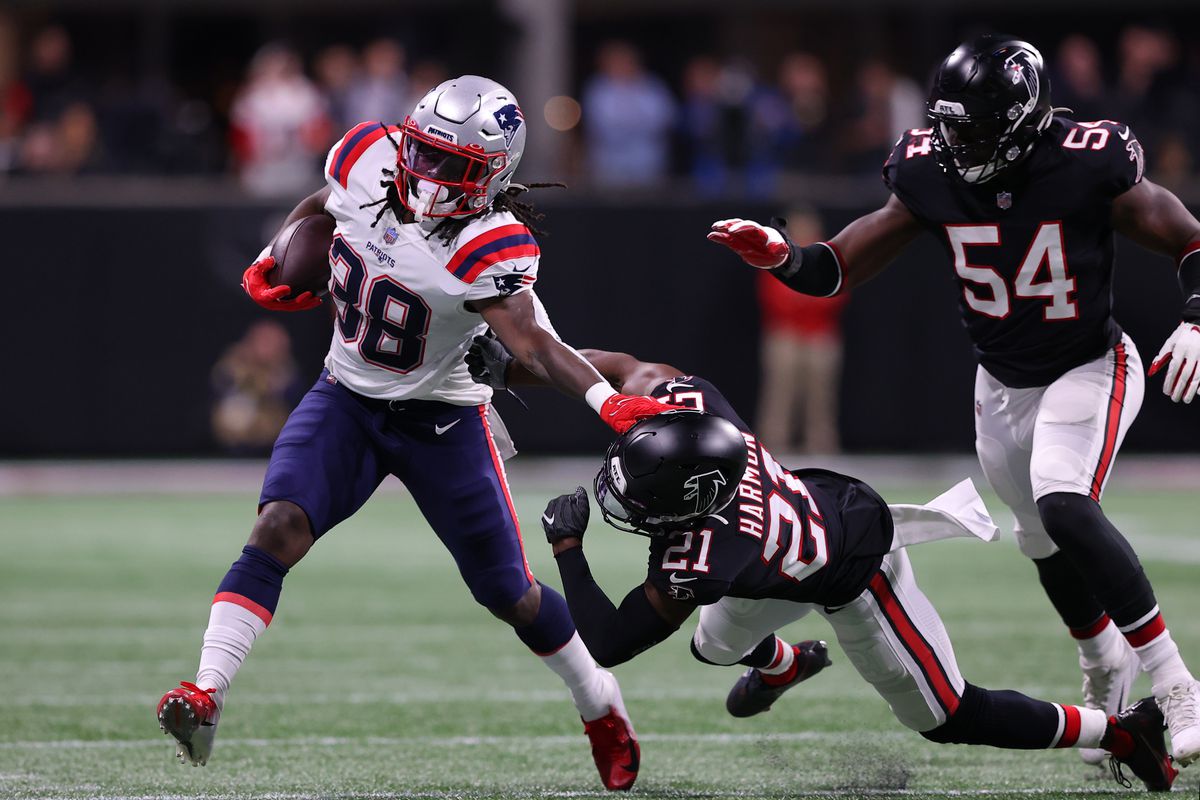 (Photo by Kevin C. Cox/Getty Images)
The New England Patriots have survived the short week gauntlet with a 25-0 Thursday Night win over the Atlanta Falcons to advance to 7-4. While it was your typical Thursday night slightly sloppy game, the story of the day has to be the Patriot defense. Not only did they shutout the Falcons, but they amassed 4 sacks and 4 INTs on the night, which included a garbage time pick 6 by Kyle Van Noy.
The Falcons offense was coming in banged up, basically leaving rookie TE Kyle Pitts on his own to provide any sort of offense for Atlanta. Man coverage and aggressive pressures all night made life miserable for Matt Ryan. Matthew Judon added on yet another sack to his stats, giving him 10.5 on the season which is a career best for the former Raven.
On the offensive side, Mac Jones went 22/26 for 206 yards and one TD and INT. Rhamondre Stevenson and Damien Harris carried the ball 22 times for 126 yards on the ground. Despite the one ugly interception by Jones, he continues to be building more confidence throwing downfield and continues impressing everyone with his poise and pocket presence.
The Patriots now enter their semi bye week in preparations for a big time matchup against the first place Tennessee Titans next week at Gillette. With this win, the Pats are really putting the rest of the league on notice, as they have now won 5 straight and are cementing themselves as a legit contender in the AFC. Enjoy your Sunday off and Thanksgiving Pats fans, we have a lot to be thankful for with this team this year.