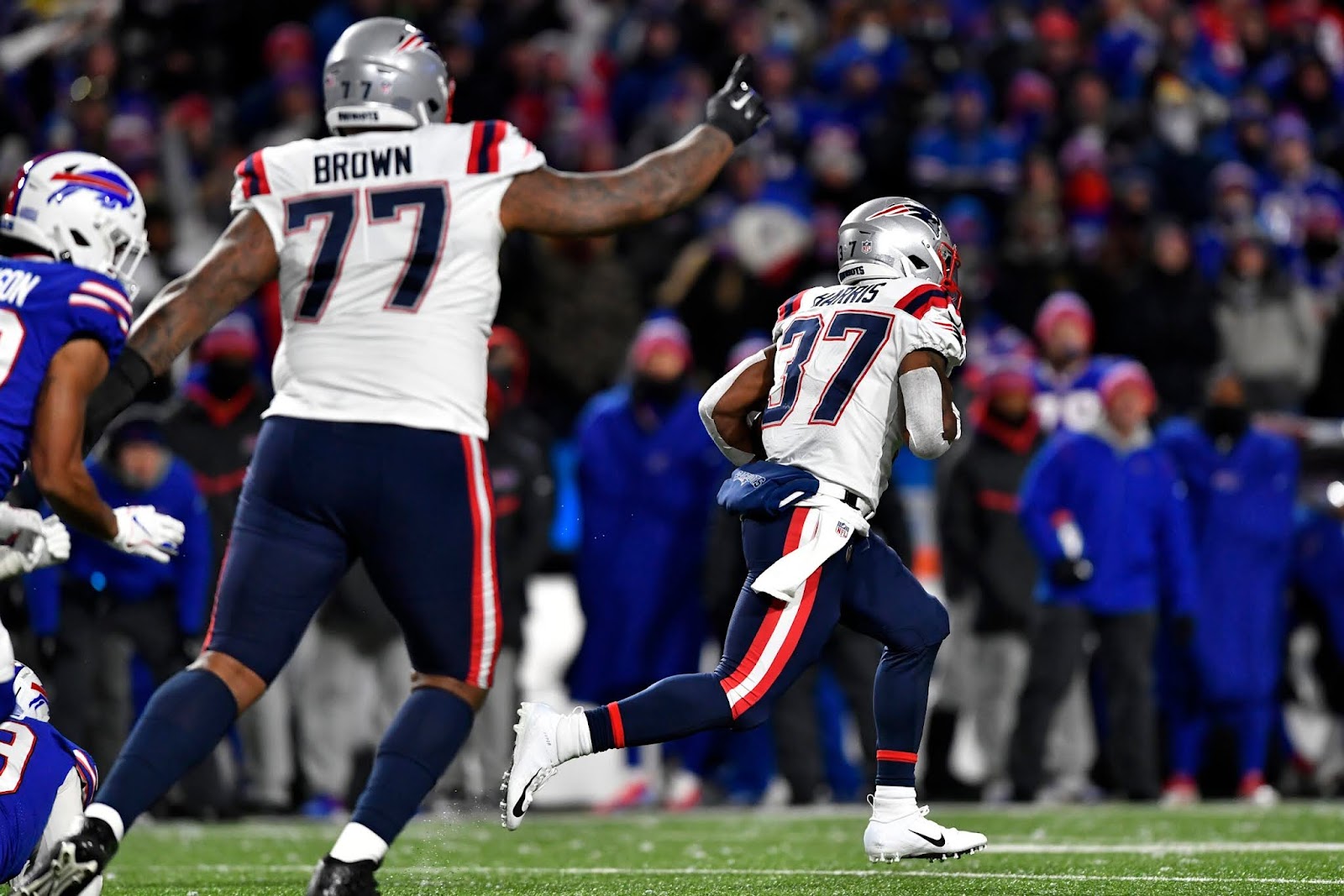 (Boston.com)
In a game that felt like a throwback to the 1950's, the Patriots marched into the windstorm of Buffalo and did just enough to beat the Bills 14-10 to remain in first place in the AFC. Mac Jones had a near perfect performance, going 2/3 for 19 yards on the night. The Patriot offensive game plan clearly did not want to throw a ball in jet engine level winds, so the ground attack was able to get it done with the RB trio getting 38 carries for over 200 yards, which included a early breakout TD run by Damien Harris.
The defense was able to step up big time as well, with a huge 4th quarter redzone stand, holding Buffalo to only 10 points. Once the weather report came out, the talk seemed to favor New England, as they are much better fit to play this style of ground and pound football, as Buffalo would much rather throw the ball and take bombs down field. Despite the wind, Josh Allen went 15/30 for 125 yards and a touchdown in the first half.
It certainly wasn't a pretty game with tough penalties and a doi doi play on a punt return, where the ball had bounced off N'Keal Harry's facemask/visor to give the ball back to Buffalo resulting in their lone TD.
It certainly is better to have a rough and tough ugly win over a loss any day, so the Patriots will head into a much needed bye week sitting alone at first place in the AFC. After they get their much deserved rest, the Pats will take on the Colts in Indy Saturday night for another tough AFC showdown.
Man it feels good to be back on top.