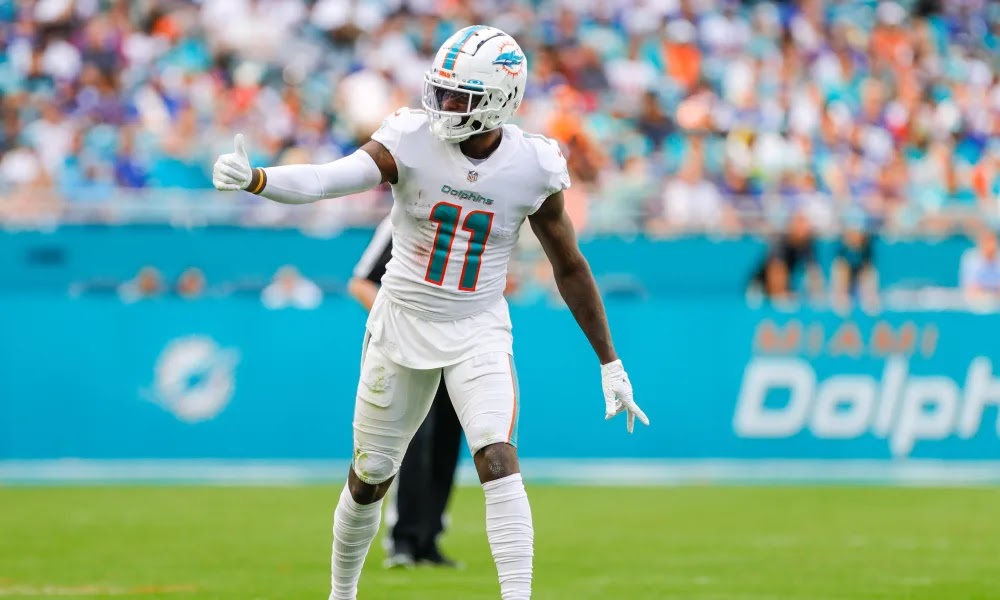 (Getty Images)
The Patriots have officially made a sizeable offseason move, trading for Miami WR Devante Parker. The trade details include:
Miami gets: 2023 3rd round pick
New England receives: Parker and a 2022 5th round pick
I feel like this is about as good of a trade as you can get right now as a Patriot fan. Inner division trades seem to be a little rare for obvious reasons, but this one makes sense for both teams. It has been well documented that the Patriots need some help in the WR room, and Miami needs to clear up some space and cap room after making the big move in getting Tyreek Hill.
The 7 year vet is coming to New England just 2 years removed from a season where he had 72 receptions for over 1200 yards and 9 TDs. Parker is also under contract through the 2023 season with a cap hit going no higher than $9 million, so if he can stay healthy, this a very quality contract. This now sets up the WR depth chart with Jakobi Meyers, Nelson Agholor, Kenderick Bourne, Devante Parker, N'Keal Harry and Matthew Slater. Ty Montgomery is more of a hybrid RB/WR, but I assume he will probably suit up with the receivers on the depth chart.
It's too early to tell if this means Agholor or Harry are on the bubble, but that might be a decision that comes closer to training camp. The Patriots still have a decent amount of cap space left, so it remains in question if they will hold firm until the draft, or if more moves are to come. Overall I feel very happy with this move, as it brings very quality veteran experience in a relatively young WR room. Parker is great at stretching the field and creating more space in the short game, and for the deal they got him on, I'll go ahead and give this trade a solid A.
We'll have to wait and see if Bill Belichick is just getting started, or if he's now all in on the draft with is coming up at the end of this month.