Tom Brady does not want to settle 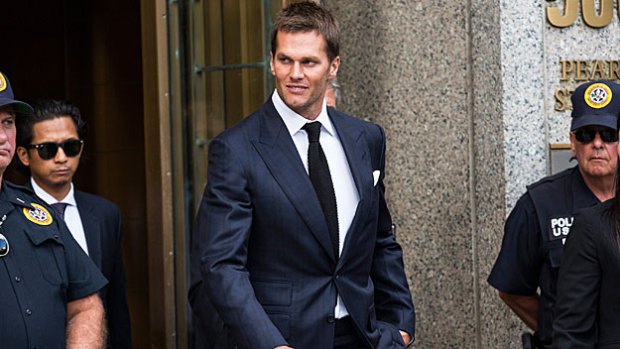 Call it legal posturing. Call it kissing up to Judge Berman. Call it whatever you want.

But despite previous reports, Tom Brady is not going to settle.

Tom Brady is open to accepting some form of suspension, but only if it can be for failing to cooperate with the NFL...
Posted by Adam Schefter on Wednesday, August 19, 2015

We all know that the whole reason why athletes, front office personnel and anyone "in-the-know" talk to the media is to drive their point across. This seems to be the case here with Schefter.

The NFLPA, where I think the information is coming from, is trying to send out the message that they are willing to negotiate unlike its counterpart: the NFL.

Whether they are trying to appease Judge Berman or the general pubic is something we may never know, but it's probably both.

I was just told any reports are false suggesting Brady is getting ready to accept a suspension.
— Jeff Howe (@jeffphowe) August 19, 2015

Per 2 sources informed of Tom Brady’s thinking, his stance hasn’t changed. Not willing to accept any suspension in settlement at this point
— Ian Rapoport (@RapSheet) August 19, 2015

To be fair, Schefter's report came out before the league was demolished by Judge Berman in court and I think he was told that information by the Brady camp just to show they were willing to play ball.

Their real feelings surfaced from Howe and Rapoport only after court.

Brady will continue to fight and the beat goes on.