Ed Reed's advice on how to beat the Patriots - 'Pray' 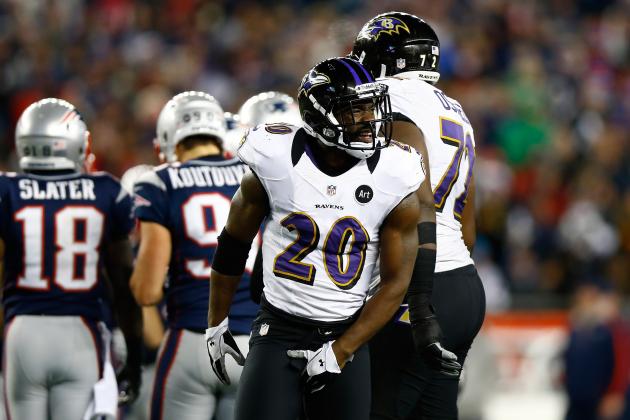 Former Ravens safety Ed Reed took to Twitter to answer some questions from fans. Using the "Inside the NFL's" account, Reed responded to a fan who asked how to beat Tom Brady and the Patriots by simply saying "pray."

Reed was just recently hired as a defensive backs coach for the Buffalo Bills, joining old friend Rex Ryan in the process. However, not everyone in Reed's camp was on board with the move. Reed's son is apparently a Patriots fan, and wasn't happy with the idea of his father coaching one of New England's division rivals.


"I was making some nachos for my son, man," Reed, a regular guest analyst on the program, said. "Some turkey nachos. I saw the phone ringing and it said, 'Rex Ryan.' I was like, 'Whoa, Rex Ryan, what's going on?' And he's like, 'Eddddy Reeeed!' He's like, 'How would you like to come coach?'

"I was like, 'I wouldn't mind it, Coach, I'll think about that.' He was like -- we started talking some football talk and I told him I would get back to him. [I said] 'I'd have to talk to my son and his mother about the transition if I was going to make that and how would that fare with the family and everything.' And he was like, 'OK, take your time, I'll call you back this weekend.'

"Well two days later -- it wasn't the weekend -- he called me and he was like, 'So what you thinking?' My son, he wasn't for it at first. He's actually a Patriots fan. So I was like, 'Coach, we got to sell my son a little bit more, man. You got to get him some gear.' And he was like, 'He can get whatever he wants.'"


Hopefully his son doesn't accept any Bills gear from his father or from Sexy Rexy.