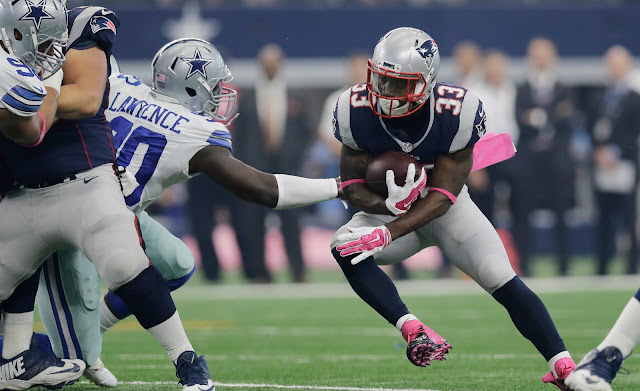 Patriots' running back Dion Lewis, who tore his ACL on Nov. 8 against the Redskins, is still recovering from the injury and his progress is being described as "encouraging."

Dr. James Andrews, who performed Lewis's surgery, said everything with Lewis is on schedule, maybe even a little further along than he thought. While there obviously could be setbacks, many believe Lewis has a good chance to be on the field in September when the Patriots start playing meaningful football again.

This won't come as a surprise to anyone, but expect the Patriots to take everything slow with Lewis. Even if Lewis can return to his pre-injury form, the Patriots still should still be in the market for a running back that can handle a heavier workload. LeGarrette Blount faltered down the stretch and then got hurt in Houston, Steven Jackson barely played in the playoffs and James White showed flashes, but wasn't quite as dynamic as Lewis. Brandon Bolden is good in spurts, but his role is better served on special teams.