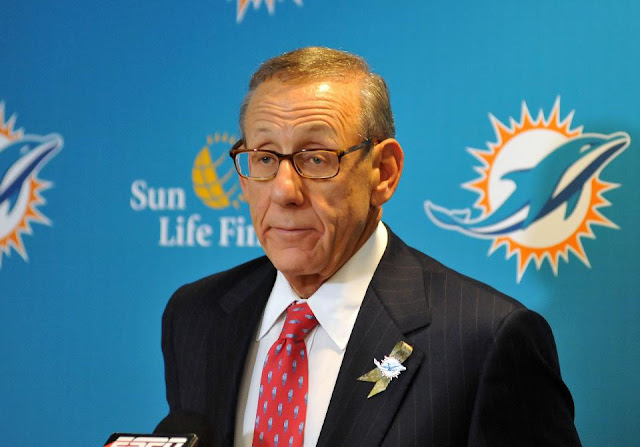 Miami Dolphins owner Stephen Ross is wacky on the Jim Irsay junk. Chris Wesseling of NFL.com, citing a report from the Palm Beach Post, reports that Ross believes his new head coach, Adam Gase, can be the next Bill Belichick/Bill Parcells.

"Instead of getting a retread that really hasn't had a great track record as head coach, I was looking for somebody that really could be the next, if you will, Bill Belichick, Bill Parcells," Ross said Monday, via the Palm Beach Post. "You know, really great head coach, and I think we got one."


Ross throwing Parcells' name around shouldn't be surprising, seeing as they've worked together before. Parcells, as you may remember, was Miami's executive vice president of football operations when Ross purchased the club in 2008.

If Gase wasn't already feeling pressure from being compared to two Hall of Fame coaches, he might feel it after hearing he's only got three years to turn the ship around before he's on the unemployment line.

"After three years, if we haven't made the playoffs, we're looking for a new coach," Ross reasoned. "That's just the way it is. The fans want it."


An owner being the voice of a fan base.... This should be fun.