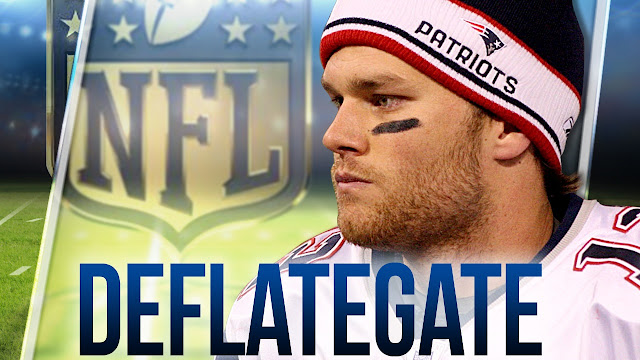 When Patriots' owner Robert Kraft reluctantly accepted the loss of a first-round draft pick in 2016, a fourth-round in 2017 and a $1 million fine as a result of Deflategate, it was widely speculated that he did so in hopes that NFL commissioner Roger Goodell would completely eradicate Tom Brady's four-game suspension.

That never happened, as Goodell upheld the suspension after Brady's appeal hearing on June 23 and the Pats were still out $1 million and two future draft picks. Brady wound up beating Goodell and the league in court and his suspension was overturned a week before the 2015-2016 season began.

The Deflategate case has since dragged on and will rear its ugly head next week in an appeal's court. However, some people now feel that the league should give the Patriots' draft picks back to them, and the team wants the league to know it.

They updated wellsreportcontext.com with two Pro-Patriot articles about the matter. One is from Sports Illustrated's Peter King, who has seemed to come around on his initial stance that the Patriots should be punished for their supposed crimes. The other is a Houston attorney by the name of Stephanie Stradley.

Whatever happens in the appeal of the case—which isn’t centered on the Patriots’ guilt or innocence but rather on a point of labor law in the judge’s decision—Goodell needs to realize he acted without nearly enough scientific evidence against the Patriots. The NFL has some significant circumstantial evidence in the case, the kind that should have prompted a strongly worded letter and $250,000 fine. Instead, Goodell killed an ant with a sledgehammer.

The Patriots punishment is huge. Two draft picks and a million dollars. After they “totally cooperated,” and there was no evidence of any sort that anyone wanted footballs deflated outside of the ranges prescribed by the rules.

If they get punishment like that for something that all acknowledge had no impact on the game and nobody ever cared about before, what happens when an actually important thing happens?

Theoretically, punishments should prevent wrongdoing, but I’m not sure that there is anything that the Patriots or Brady could have done differently with what they knew at the time. Given how much absurd money and time and ego has been vested in Deflategate, I can’t fathom the NFL changing their mind on the Patriots draft picks.


Echoing Stradley's stance, it'd be hard to imagine that the NFL would give the Patriots their draft picks back. They'd basically be admitting defeat, admitting they were wrong, admitting that Deflategate was likely a hoax from the minute it started and so on. Not that they don't have a Grand Canyon's worth of black marks on them already, but any sort of restoration of any or all of the Patriots' punishment could be the biggest mark of them all. Seeing as Goodell has fought vigorously to keep the "integrity" of the league afloat, he'd quite literally be going back on everything he's said and done to this point.

With that said, Goodell obviously isn't exactly a genius, so maybe he'd give in to the Patriots' demands. Strange things tend to happen, but again, don't count on this one.