Pats at Broncos could be our Thursday night season opener 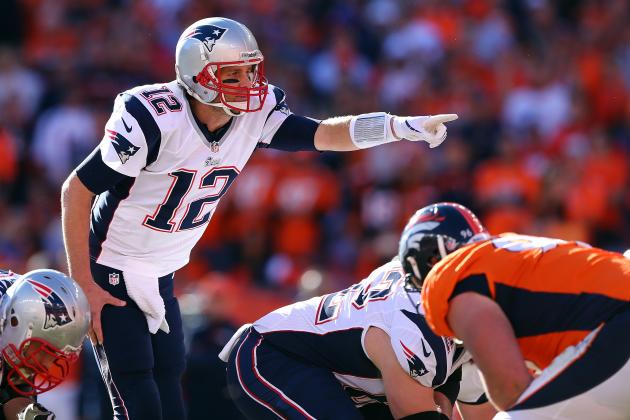 Now that the Denver Broncos are Super Bowl champions, it's not too early to look ahead to who they'll kick off their title defense against in 2016, especially since there's a damn good chance the Patriots will be their opponent.

The Thursday night opener is one of the biggest games on the whole NFL slate, and the league always loads the spot with a heavyweight matchup, as they should. The process of elimination has already taken place to try and forecast which of Denver's eight possible opponents will be chosen, and as Eric Edholm of Yahoo Sports details, we can cross of five teams before even blinking:


First, the process of elimination. The Broncos face four teams — the San Diego Chargers, Oakland Raiders, Houston Texans and Atlanta Falcons — with absolutely zero shot of earning that opening slot. The Kansas City Chiefs are a good team that gave the Broncos fits at times this season, and they in theory have a whisper of a chance, but we think there are three more clear-cut choices.


Those three teams are the Carolina Panthers, the Indianapolis Colts, and the Patriots.

Imagine a Super Bowl rematch seven months later, right off the bat? The intrigue is certainly there, and there hasn't been too many times in NFL history where this exact scenario could play itself out. However, the league hasn't scheduled an intra-conference season opener since 2007 when the Colts hosted the New Orleans Saints, so it's tough to say if they'd reverse recent history to deliver that matchup.

That leaves the Pats and Colts, and although the (semi) allure of seeing Andrew Luck make his return to the NFL after missing the last nine games of 2015 could be spun, the story line of putting New England in Denver to watch them celebrate their world title is something that every Pats hater in America out there can't wait to see.

Also, it's important to take into account if Peyton Manning decides to retire or not, as that could take a bit of the spice out of a Patriots/Broncos game. But aside from that, the Broncos have quickly become New England's biggest rival, so Manning or not, the NFL could still send them to Denver Week 1 and get plenty of buzz for doing so.