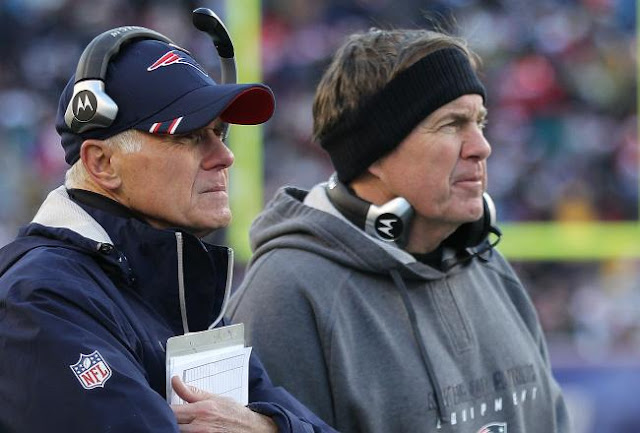 There's just something about being a football lifer that refuses to keep certain people away from the game.

That seems to be the case with former Patriots offensive line coach Dante Scarnecchia, as a report from Jeff Howe of the Boston Herald details that the Patriots and the soon-to-be-68-year-old coach share a mutual interest in seeing him return to the team for which he worked full-time for across four decades.

Howe also reported that it was Scarnecchia who approached head coach Bill Belichick and the team about making a possible return. Since his 'unofficial retirement' in the 2013 offseason, Scarnecchia had been working as a scouting adviser for the 2014 and 2015 drafts, and Howe detailed that he'd report to Gillette Stadium once a week during the season on an advisory basis.

After the firing of Dave DeGuglielmo two weeks ago, Howe reported that Scarnecchia had no interest in coming out of retirement to return in a full-time coaching position, but it seems that itch has grown too big to ignore. Like we said, Scar is a football lifer, and he watched from afar as the offensive line struggled in the second half of the season, which culminated in their implosion against the Denver Broncos in the AFC Championship Game. There is legitimate talent in the group, and with the return of Nate Solder at left tackle, Sebastian Volmer can slot back into his natural position on the right. 2014 draft picks Shaq Mason and Tre' Jackson will have another year in the system, and the duo of David Andrews and Bryan Stork will compete for the starting center job.

Scar feels he can mold the talent and maximize it into what it truly can be, and we don't disagree in the least.

Photo Credit: Inside the Pylon