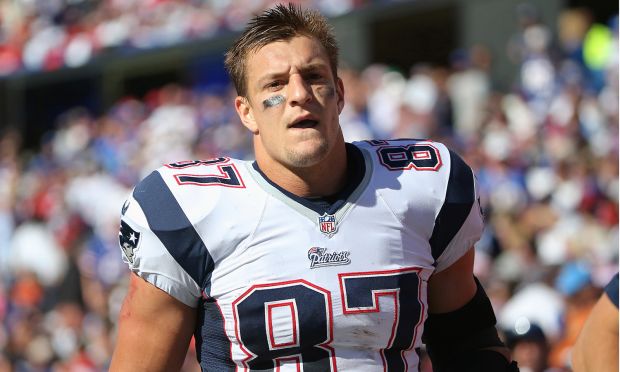 Rob Gronkowski isn't a fan of the way the Pro Bowl is set up and wants to see it change. The Patriots' tight end was selected to participate in the game this year, but he turned down the opportunity, as did the six other Patriots who were selected.

Gronk's desire to change the game stems from the timing between the all-star event and the AFC Championship Game, which the Patriots have participated in for the last five seasons.

“I mean, that game might need to be changed,” Gronkowski said, via ESPN. “You can’t go the whole season, AFC Championship Game, giving it all you’ve got and thinking you’re going to hop on a flight to fly 12 hours to Hawaii that next Tuesday, when I still can’t even walk because I took like 20 hits that game. I was not hopping on that plane and just be more tight, more sore when I got off, and just be miserable the whole ride. If it was changed . . . I totally understand if you don’t go to the playoffs, you got a few weeks off, the Pro Bowl is awesome. But it’s hard to go from that game, giving it all you got in the playoffs, to go right to the Pro Bowl. You got to have your body rest, man.”


More than half of the players originally selected to the Pro Bowl this year backed out. Players from the Super Bowl participants obviously don't go because the Pro Bowl is held the week before the Super Bowl. So that's already an issue for players on these teams who may want to go to Hawaii.

It's hard to blame someone for not wanting to go to a meaningless exhibition game if they play on a team that was/is on a deep playoff run. Injuries are always a risk, even though they rarely happen in the Pro Bowl. The NFL has tried to switch the format of the game up from the tradition AFC vs. NFC format and have former players pick their own teams, which is kind of cool.

These are just my thoughts, but I'd consider holding the game two weeks after the Super Bowl, giving players who went deep into the playoffs a chance to heal and make the trip to Hawaii provided they're selected and want to go.