Tom Brady to Derek Jeter: "We blew it" 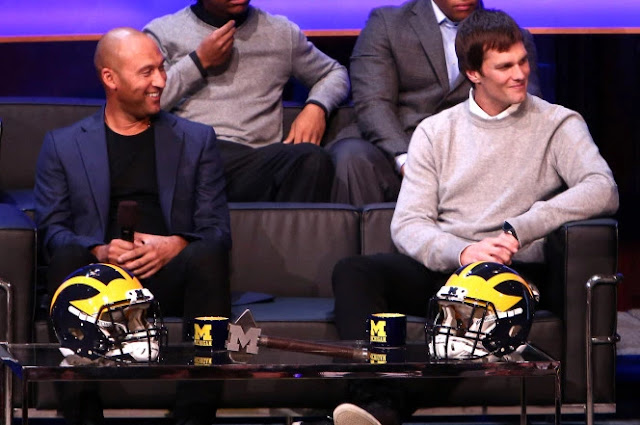 Tom Brady was at the University of Michigan yesterday for a National Signing Day event hosted by the Players' Tribune. The event featured tons of celebrity alumni including Derek Jeter, and former WWE star Ric Flair and others.

The Players' Tribune's Facebook page posted a video of Brady talking to Jeter about the Patriots' AFC Championship Game loss, saying "we blew it."

Tom Brady and Derek Jeter together at Michigan Football #SigningDay. playerstribu.ne/signingday
Posted by The Players' Tribune on Wednesday, February 3, 2016


The Patriots were just three points shy of playing in Super Bowl 50.