A 7th grader with the last name Goodell debunks Deflategate 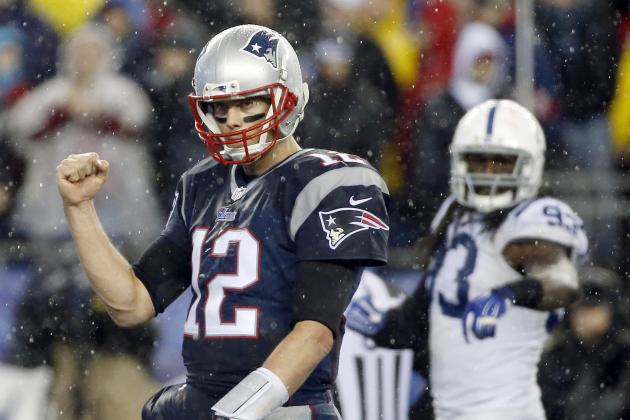 By now, we all know science has sided with the Patriots in Deflategate. Scientists from all over the country have tried to prove the Patriots' innocence as a result of different experiments.

That extended to one seventh grader named Ben Goodell. No, that's not a joke. That's really his last name. Truly, hilariously ironic.

Ben Goodell, who I assume has more brains than NFL commissioner Roger Goodell, did his science fair project on football deflation in different weather conditions. As you would expect, Ben completely debunked the scandal.

From Sean Newell of Vice Sports:


GOODELL, WHO TOOK FIRST PLACE IN LAST YEAR'S FAIR, BEGAN HIS EXPERIMENT WITH A PROPERLY-INFLATED FOOTBALL. HE THEN EXPOSED THE BALL TO DIFFERENT WEATHER CONDITIONS, INCLUDING HUMIDITY, SNOW, WIND CHILL, AND COLD AND ICE.

"EVERY TIME, IT DROPPED 2 PSI," HE SAID. "THE LOWEST PSI RECORDED DURING DEFLATEGATE WAS 2 PSI UNDER PROPER INFLATION. I HAD (THE FOOTBALL) AT PROPER INFLATION WHEN I STARTED."

THE PROJECT, "HOW WEATHER CONDITIONS AFFECT PSI OF A FOOTBALL" WAS DISPLAYED AT THE FAIR WITH A FOOTBALL, PUMP, PRESSURE GAUGE AND A TRI-FOLD DETAILING GOODELL'S WORK.


At least this Goodell gets it.