Brandon LaFell signs with the Bengals 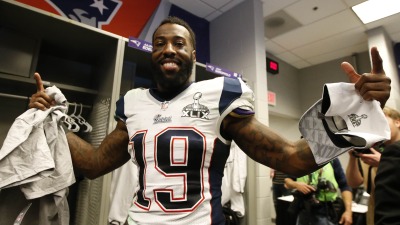 Former Patriots wide receiver Brandon LaFell has signed with the Cincinnati Bengals, according to multiple sources. The Bengals are hoping they're getting 2014 LaFell and not 2015 LaFell to replace Mohamed Sanu, who bolted for Atlanta earlier in the offseason.

LaFell caught 111 passes and scored seven touchdowns in his two years with the Pats. In 2014, he caught 74 balls for 953 yards and seven touchdowns and was an integral part to the Patriots' Super Bowl-winning team.

Last season, he began the year on the PUP list. Once he was activated in Week 7 and finally saw game action, he was largely ineffective. He caught 37 passes for 515 yards and no scores.