Deflategate hearing to be held today 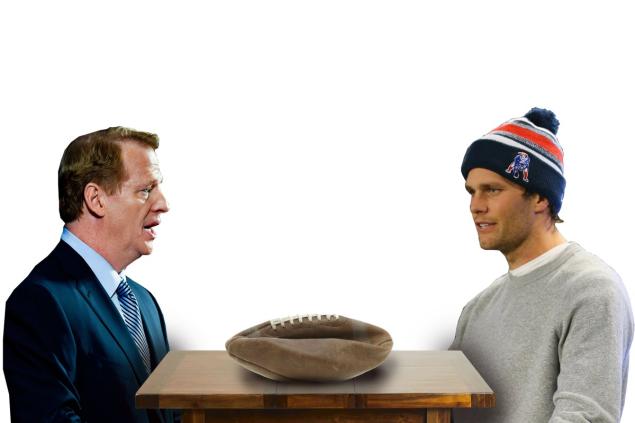 Deflategate, everyone's favorite topic, is taking center stage today. The NFL and NFLPA's lawyers will meet with three appellant judges today in the 2nd Circuit U.S. Court of Appeals in New York to argue whether or not Judge Richard M. Berman's decision to reverse Tom Brady's four-game suspension was lawful under the league's Collective Bargaining Agreement.

Brady and NFL commissioner Roger Goodell are not expected to attend the hearing, which is set for 2 p.m. in New York.

While legal experts tend to think Brady will win this case, the judges could obviously rule in favor of the league, or they could send it back to Judge Berman and have him rehear the case with new instructions. If it goes back to Berman, that would mean Brady and Goodell would both have to appear in court again.

Today's hearing will be an oral argument hearing, with both sides being given 15 minutes to make arguments.

The arguments themselves won't provide anything that isn't already public knowledge. The NFL is going to argue that a federal judge cannot reverse a labor arbitrator unless there is evidence of fraud, dishonesty and so on. Brady's side will argue that Brady was never given notice that he'd be suspended for an equipment violation, and that Brady should have just been hit with a fine.

No one really knows how long it'll take for a decision, but it's not coming today. Appellant court decisions usually take anywhere between 10 and 14 months. But given the NFL's movement to have oral arguments heard six months after the initial ruling, a decision could come sooner than expected.

The best case scenario is obvious - Brady wins and doesn't have his suspension reinstated. In an absolute worst case scenario, the court could rule in favor of the NFL during the season, and Brady could miss the four games in the middle or latter half of it.

And even if the league loses, they could take the case to the Supreme Court. It's not a certainty that they'd do that, though. Goodell and his minions have spent roughly $20 million on this case as it is.