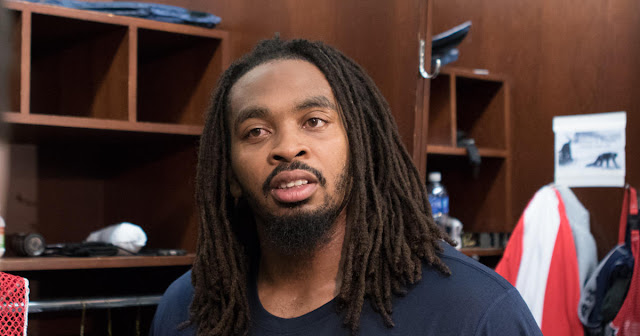 The Patriots are bringing back swing tackle LaAdrian Waddle on a two-year deal, according to ESPN Boston's Mike Reiss.

Waddle signed for $250,000 but his contract is worth $2.425 million before incentives. With Waddle signed, the Patriots retain some depth on an offensive line that needed as much of it as it could get.

Waddle was picked up on waivers from the Detroit Lions in December and received praise from head coach Bill Belichick right away.

"We feel like he's a very talented guy and a solid guy. ... This is an experienced tackle who is still young and I think has a lot of good football in front of him. We'll see how he fits into our system."


Meanwhile, the team is bringing back defensive tackle Alan Branch for a third season. New England picked up Branch's $400,000 roster bonus, which means the second year of his two-year deal he signed last off-season will be honored. In 2015, Branch tallied two sacks, two quarterback hits and three pressures in the regular season in the playoffs.

On the other side of the re-signings, the Patriots are cutting ties with safety Tavon Wilson. Wilson was drafted in the second round of the 2012 NFL Draft and had fallen down the depth chart significantly this season. He was a healthy scratch in seven games in 2015.

UPDATE: here are the official numbers of LaAdrian Waddle's contract.