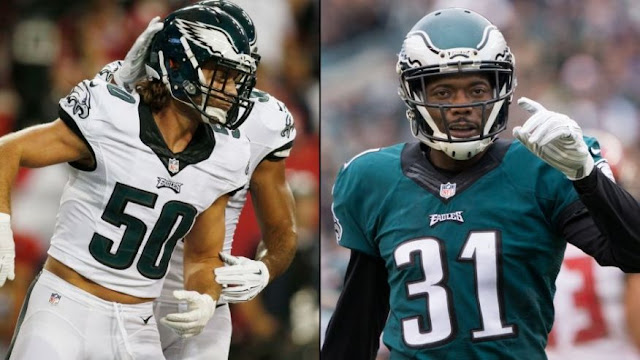 The Philadelphia Eagles are apparently trying to forget the Chip Kelly era ever happened, and the Dolphins are one of the beneficiaries.

The Eagles have traded cornerback Byron Maxwell and linebacker Kiko Alonso to Miami for undisclosed draft pick compensation. The Dolphins are in the process of retooling their secondary with the departure of Brent Grimes, so Maxwell fits a need.

Despite being a force in Seattle's secondary from 2011-2015, Maxwell was truly hit or miss with the Eagles. Philly signed him to a six-year, $63 million deal to be their No. 1 guy, but he was torched with regularity. One need not look too far to see just how bad Maxwell was at points last season. In the Eagles' Week 1 match up against the Atlanta Falcons, Maxwell shadowed Julio Jones, and Jones went ballistic. He caught nine passes for 141 yards and two touchdowns with ease.

Much in Philadelphia has been made about defensive coordinator Billy Davis's prevent defense and how it didn't exactly tailor to Maxwell's skill set, so the Dolphins are hoping Vance Joseph can turn him around.

In Alonso, the Dolphins get a very good all-around linebacker who can rush the passer and drop back in coverage. However, as fans of AFC East teams know, Alonso is injury prone and is just one season removed from ACL surgery.

He played in 11 games for the Eagles, garnering 43 tackles and one interception.

Moving on from Maxwell gives Philly some much-needed cap relief.

Alonso carried a cap hit of $795,946 and will be in the final year of his rookie contract, a bargain for the Dolphins for sure. The Eagles are also reportedly set to trade running back DeMarco Murray to the Tennessee Titans for draft pick compensation in order to clear more cap room and rid themselves of Kelly-era players.

Moving back to the Dolphins, this is the second off-season in the row where the Dolphins acquire high-priced talent in hopes of building a championship team. Despite throwing absurd amounts of money at Ndamukong Suh, Miami missed the playoffs. On paper, these moves should make Miami better, but inconsistencies from Maxwell and injury concerns for Alonso make them both big question marks.