Patriots taking a look at Chris Long, not ruling out Anquan Boldin 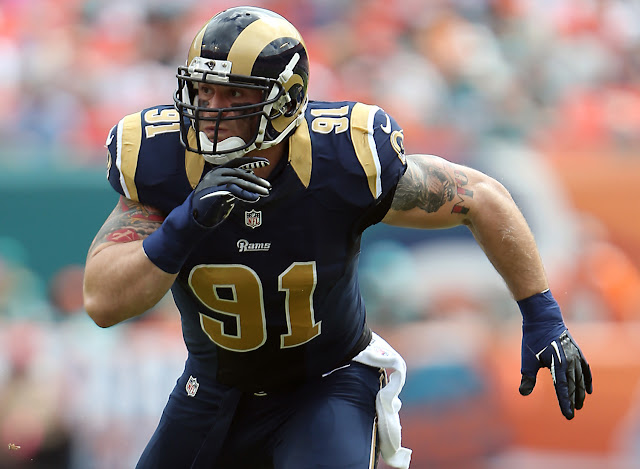 In an effort to deepen the defensive end position, the Patriots are hosting Chris Long, formerly of the St. Louis (now Los Angeles) Rams at Gillette Stadium today.

Long has suffered through two straight injury-plagued seasons and is now 31 years old. According to Darin Gantt of Pro Football Talk, Long has also already visited or is scheduled to visit Washington, Dallas and Atlanta.

Additionally, the Patriots may not be out of the running for Anquan Boldin's services.


Even w/ Chris Hogan signing, it doesn't sound like the #Patriots are completely ruling out Anquan Boldin. It will come down to $, of course.
— Doug Moore (@DMooreNFL) March 13, 2016

Boldin has been a player the Patriots have long coveted, and New England would obviously give him a great chance to win a title. Rumors had been floating around regarding him joining the Patriots for a while, so it'll be interesting to see if anything develops from this.