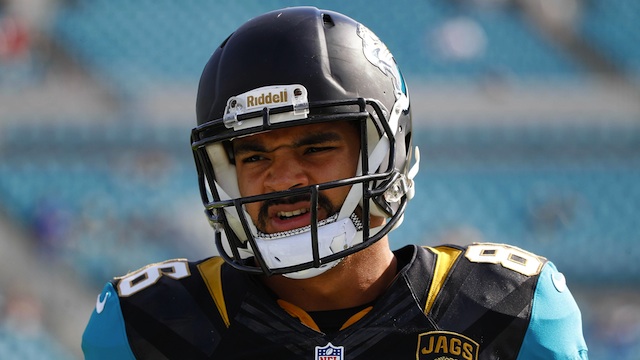 The Patriots added another tight end to the roster, as the team signed Clay Harbor last night. Harbor, most recently with the Jaguars, had 14 catches for 149 yards and one touchdown.

He's been a back up his whole career and is coming off a sports hernia surgery he underwent in January, but according to ESPN Boston's Mike Reiss, Harbor feels good about his progress. Harbor was drafted by the Philadelphia Eagles in 2010 and played there until the Jags claimed him on waivers in 2013.