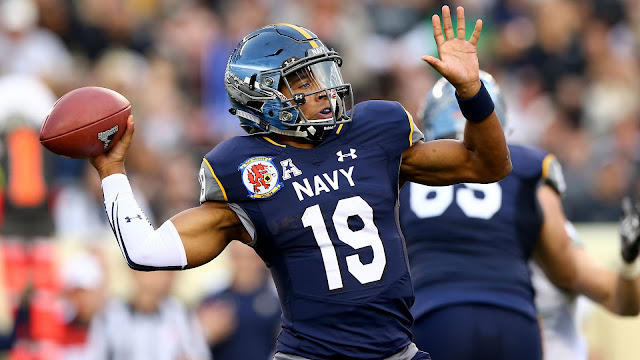 Of course, I'm referring to the Patriots turning Julian Edelman into a wide receiver from a quarterback when they drafted him in 2009. The same thing could be happening again.

The Pats are taking a look at Navy quarterback Keenan Reynolds, who set the NCAA record for touchdowns with 88. The thinking is that if they draft Reynolds, they might convert him to a tight end. They've been able to get a lot of information on Reynolds from former players and coaches.

Reynolds is 5-11 and weighs 185 pounds, so he isn't the ideal pass-blocking tight end, but he could very well fit the mold as a receiving tight end. He's even being compared to Edelman, as well as Denard Robinson, who was a quarterback at Michigan but is now a wide receiver with the Jaguars.

Whether or not the Patriots draft Reynolds is up to them. But given Edelman's success at a different position, it's not crazy to think the Pats may be able to pull something similar off with Reynolds.