Report: Rams avoided being on 'Hard Knocks' in 2014 by drafting Michael Sam 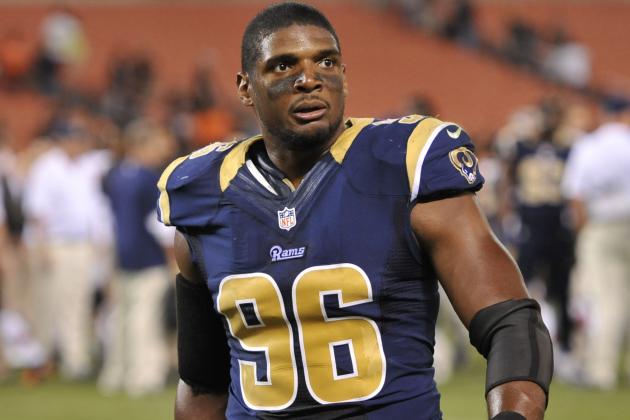 A report surfaced early this morning that, if true, would damage the NFL's reputation more than Deflategate could ever dream of.

The league supposedly allowed the Los Angeles Rams (the St. Louis Rams at the time) to avoid being featured on HBO's "Hard Knocks" if they drafted defensive end Michael Sam. Sam was the first openly gay man to play football and was drafted by the Rams in the seventh round of the 2014 NFL Draft.

The Rams are going to be the team featured on "Hard Knocks" this season due to their move to Los Angeles. Where this report gets foggy is the fact that Rams head coach Jeff Fisher, in years past, did not want his team featured on the show. Now, he's suddenly on board with it.

Fisher addressed the report this morning on ESPN's "Mike and Mike. You can read Pro Football Talk's transcript of the interview here.

“That in itself is absolutely absurd, it’s 100 percent incorrect,” Fisher said. “I was really taken aback by those comments. It’s insulting, from my standpoint, as it relates to Michael. We had three seventh-round picks. When we drafted Michael he was the best player on the board. Who in their right mind would think that you give up a draft choice to avoid doing something like that?”


Sam never made it to the regular season with the Rams, as he was cut days before the 2014 season began. He ended up with the Cowboys' practice squad for a brief time and ended up signing a deal with the Montreal Alouettes of the CFL. He only lasted one game before he decided to leave the team.

Again, it's very possible this report could be fake, so take it with a grain of salt. But given the way the NFL does business, it wouldn't be shocking if this was true.